Jamaica’s Elaine Thompson-Herah admits she is an ‘Olympic Baby’ 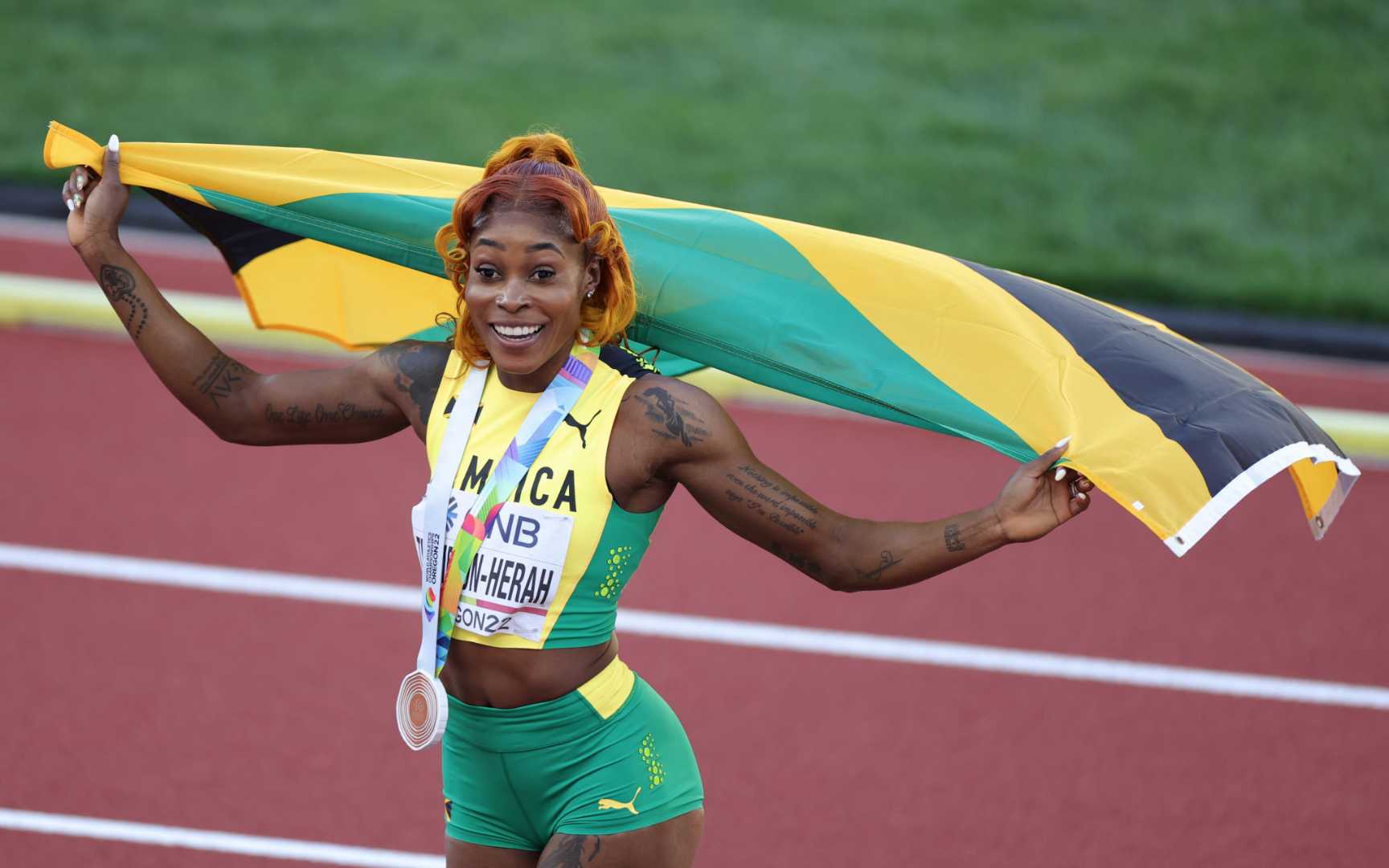 Five-time Olympic champion Elaine Thompson-Herah has admitted she may be an ‘Olympic Baby’ considering her World Athletics Championships results as against those at Olympic Games.

The 30-year-old only won her first 100m World Championship medal on Sunday night at Hayward Field during Oregon 2022 after finishing 4th and 5th in Doha and London respectively. At the World Championships in Beijing she won gold in the 4×100 Metres Relay and silver in the 200m.

But when it comes to the Olympic Games, Thompson-Herah has a phenomenal record. She is in a class of her own. At the last Games in Tokyo, Elaine Thompson-Herah became the first woman in history to win the “sprint double” at consecutive Olympics, having captured gold in both the 100m and 200m in Rio 2016 before repeating that feat at Tokyo 2020 (which held in 2021). She is also the fastest woman alive with the time of 10.54 seconds which she ran at the Prefontaine Classic in Eugene, USA, in 2021.

Following her bronze-medal performance in Eugene, EIB Network Reporter Alexander Anyankwaa asked her in an exclusive interview why she tends to do better at the Olympics than the Worlds and if she will say that the Olympic Games are for her while the world championships are for her compatriot Shelly-Ann Fraser-Pryce.

She responded politely “maybe I think I’m an Olympic Baby.”

On Sunday night at the world championships in Eugene, Shelly-Ann Fraser-Pryce claimed an astonishing fifth world 100 metres title when she clocked 10.67 seconds to edge past compatriots Shericka Jackson and Thompson-Herah in a brilliant Jamaican clean sweep.

A year ago, Jamaica also achieved a clean sweep in the women’s 100m at the Olympics but it was Thompson-Herah  that led the way and claimed the gold medal. Fraser-Pryce and Jackson received the silver and bronze medals, respectively.

In that Olympic race, Thompson-Herah set both the Jamaican record and the Olympic record of 10.61 seconds, breaking Florence Griffith Joyner’s mark of 10.62s set at the 1988 Seoul Olympics.