“We have faith, we believe in Faith” and Kipyegon delivers Kenya’s first gold in Oregon 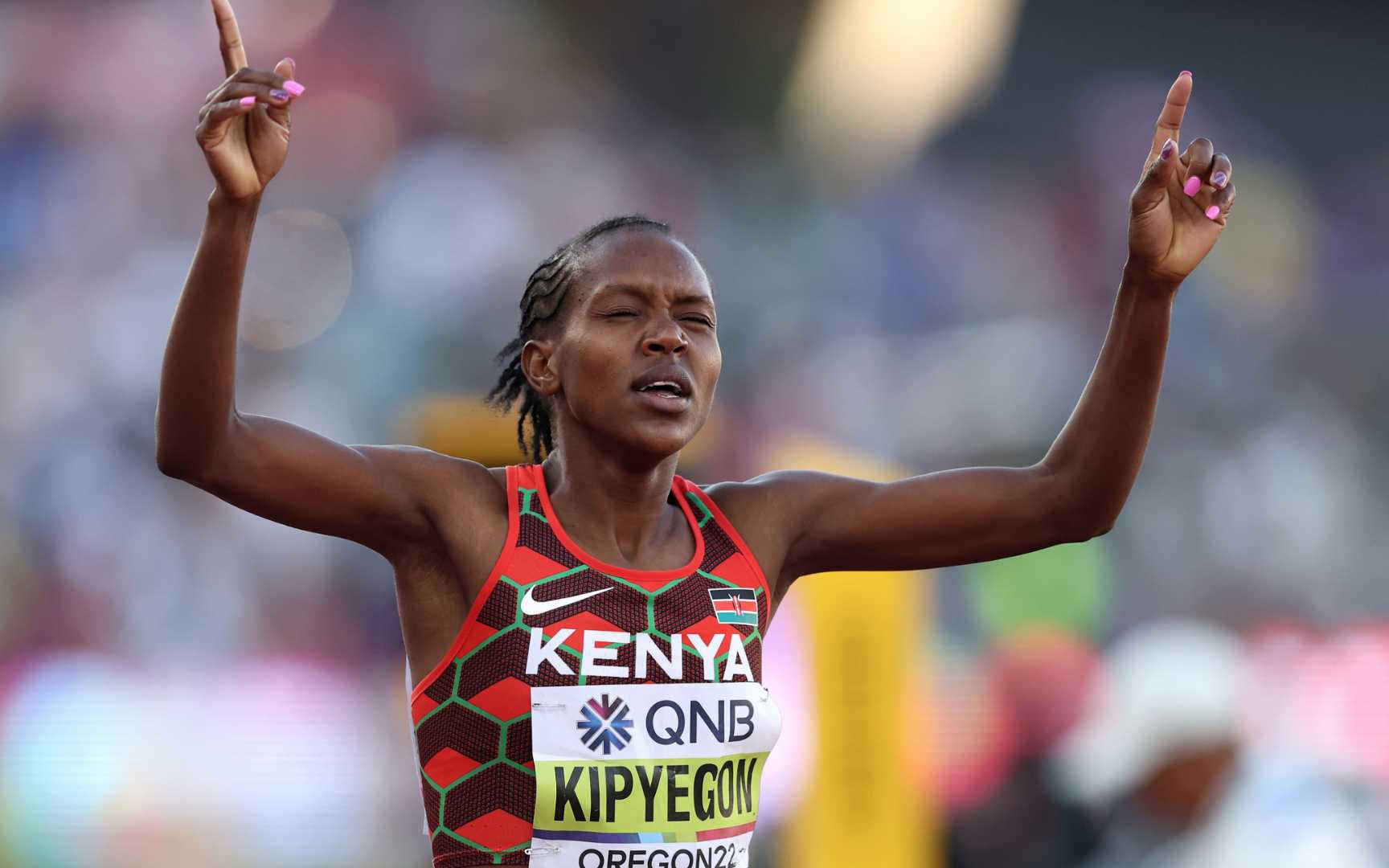 Do you have faith? Well, Kenyans have Faith Kipyegon, who confirmed her status as the greatest ever female runner over 1500m at Hayward Field, Eugene, on Day 4 of the 18th World Athletics Championships.

The two-time Olympic champion put on a show and crossed the finish line in 3 minutes, 52.96 seconds to reclaim her world title and become the first woman to boast two Olympic titles and two world titles in the 1500m. The gold is also Kipyegon’s 4th medal in the 1,500 at the World Championships including her silver medals in 2015 and 2019, making her the first runner to win 4 medals in this event.

She admitted at a post-race interview that it was a feat she achieved under immense pressure, being the outright favourite to win, especially in the absence of Dutch star Sifan Hassan, whom she lost her world title to in Doha 2019. Everyone had faith in Faith and she didn’t want to disappoint.

Indeed her strength is not in doubt. The silver she bagged at the World Championships in Doha three years ago came on the back of a 21-month maternity break and since that defeat she has been unstoppable – closing in on the world record as her personal best of 3:51.07 is only a second short along the way and breaking a 33-year-old Olympic record to win gold in Tokyo .

While she is harbouring the hope of breaking the Genzebe Dibaba’s world record of 3:50.07 someday, that is not her priority. And the question at the moment remains: Can anyone beat Kipyegon?
The fourth-fastest female miler in history may shift to the 5000m after the 2024 Paris Games, according to Olympics.com.