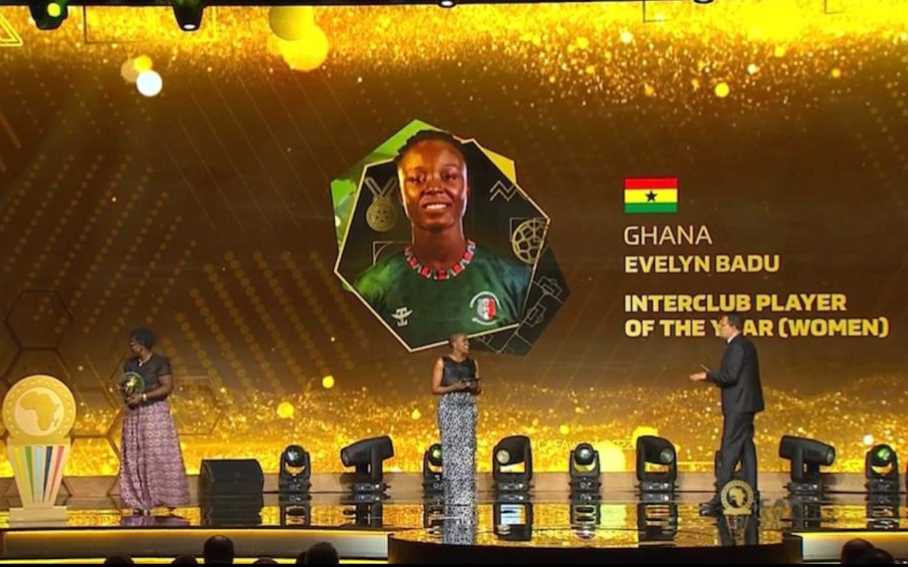 Evelyn Badu made history by becoming the first female footballer to win the inter-club and young female footballer of the year at the CAF Awards in Rabat, Morocco. It has been some journey for Badu who grew up in a relatively small town in the southern part of Ghana called Seikwa.

Badu has in the last two years achieved feats which she could only dream of 10 years ago in her career. She helped Hasaacas Ladies become a dominant force in 2021 where they won everything domestically and went on to win the WAFU-Zone B Women’s Champions League before placing second in the maiden edition of the CAF Women’s Champions League in Egypt.

The 19-year-old won the best player and top scorer awards at CAF Women’s Champions League. With all these achievements, she has been voted the best female inter-club player of the year and the best young footballer of the year at the 2022 CAF Awards.

For Evelyn Badu, the win means a lot to her and her growth to the top: “I’m humbled to win this award and also the first recipient of the Women’s inter-club player of the year award. To be selected by my fellow players, journalists, and coaches means a lot to me.”

“It is sad that I couldn’t make it to the awards gala as I am currently with the national team for the U-20 FIFA Women’s World Cup in Costa Rica. Big thanks to my coaches, and teammates for their support towards this achievement,” she said in her acceptance speech.” Evelyn says.

She currently plays for Avaldsnes IL in Norway and is the captain of Ghana’s U-20 Women’s national team who will be playing at the World Cup in Costa Rica.