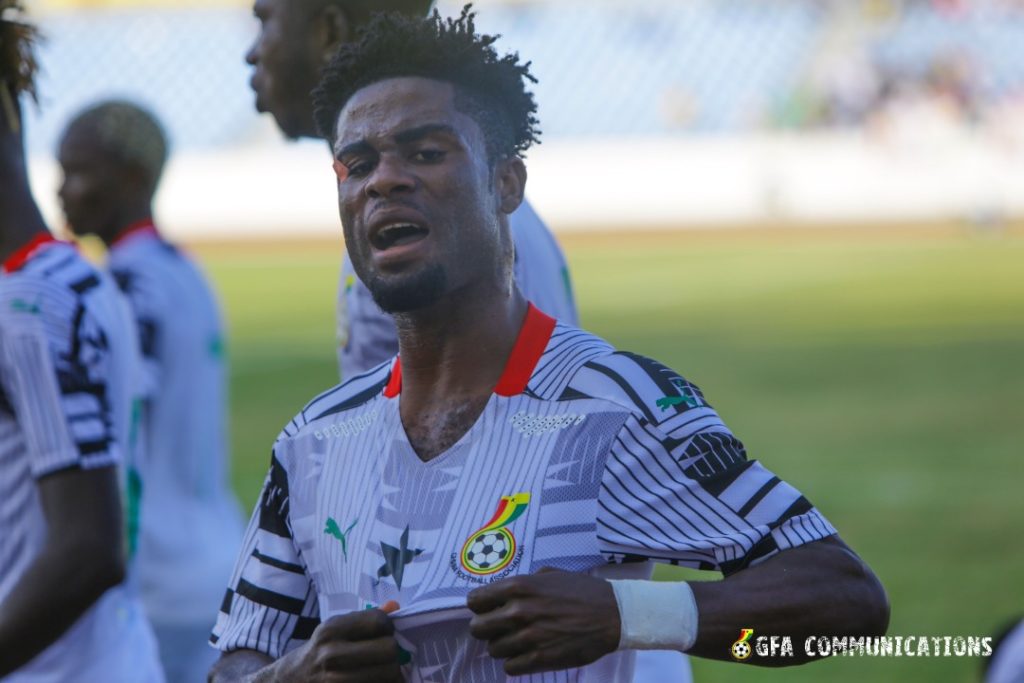 The Black Galaxies produced a convincing performance to beat Benin 3-0 in Cape Coast on Sunday, 24 July 2022, in the 2023 CHAN penultimate qualifying round first leg.

Ghana came close to getting the opening goal in the 15th minute after Jonah Attuquaye set up Hearts of Oak star Daniel Afriyie Barnieh whose brilliant effort was superbly saved by goalkeeper Adebiyi Serge Obassa.

The Black Galaxies got the breakthrough ten minutes later after Afriyie Barnieh scored from the spot to put them ahead.

A Beninise defender blocked an attempt from Evans Osei-Wusu with his hand inside the box which resulted in a penalty for Ghana.

Ghana doubled their advantage four minutes into the second with central defender Mohammed Alhassan getting on the scoresheet following a corner kick.

Benin goalkeeper Serge Obassa made another good save to deny Ghana a third goal as Osei-Wusu’s effort from close range was parried away to corner.

The Black Galaxies increased the tally with a sumptuous strike by captain Gladson Awako as his curled shot from inside the box beat goalkeeper Serge Obassa after a incisive pass from Umar Bashiru.