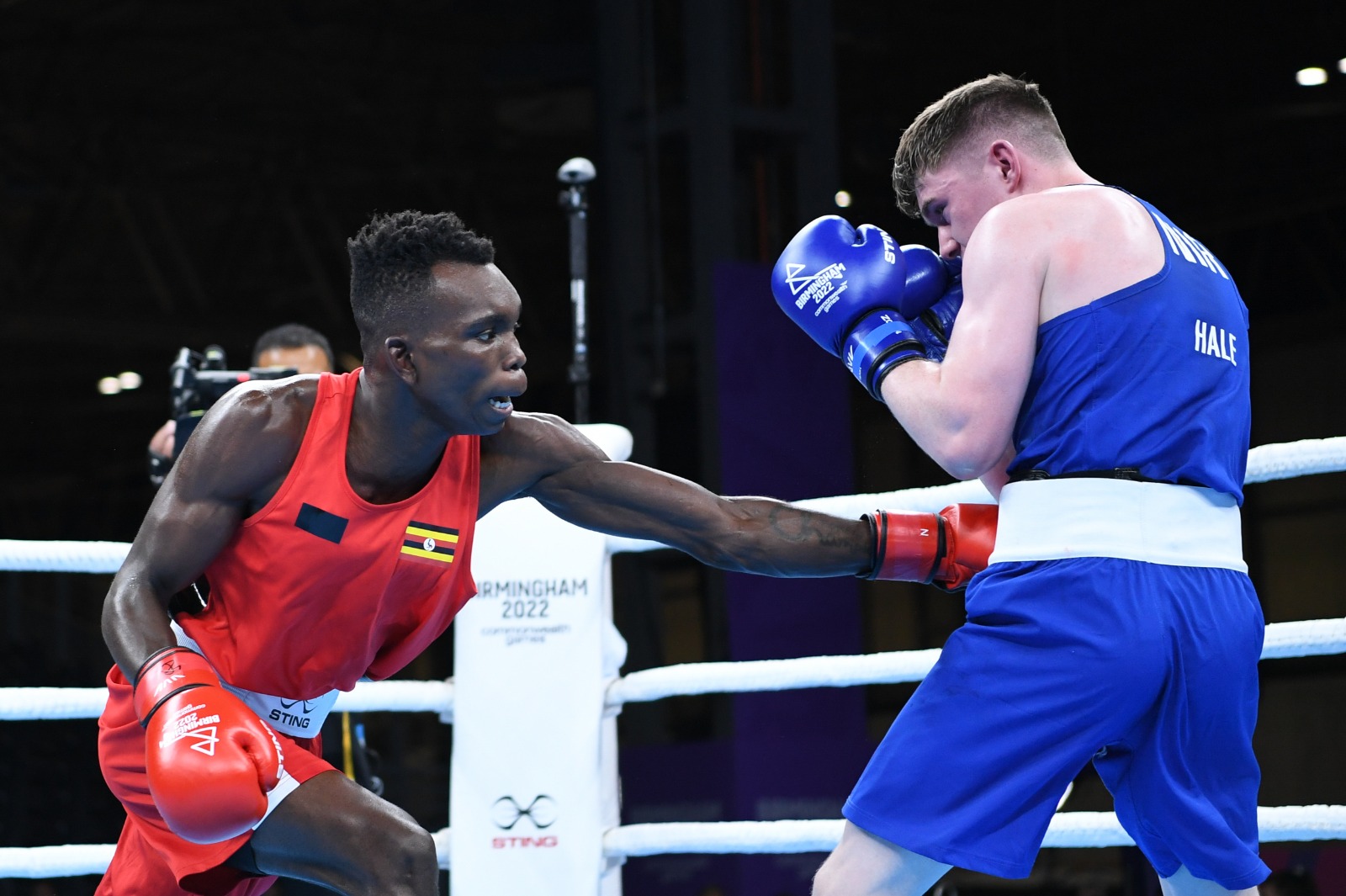 Namibia’s Commonwealth Games champion, Jonas Junias Jonas is among the 13 African boxers in action today (July 31) as the boxing tournament enters the third day at Nec Hall in Birmingham.

The light-welters will battle it out in the round of 16 with winners cruising to the quarters.

Jonas TKO’d Nauru’s Colan Caleb in his first fight without breaking a sweat.

“I didn’t feel the fight,” he told me in a Whatsapp chat. He remained non-committal on his fight today with Bahamas professional boxer Rashield Williams (5-1, 4 KOs).

It’s the third time Williams is taking part in the Commonwealth Games and the first time as a pro boxer.

“My condition is good. I had a good training camp in Miami, Florida and I’m ready to go,” the 32-year-old Williams told tribune242.com.

Ghana’s Abdul Wahib has a date with Fiji’s Elia Rokobuli.

He’s joined in the last 16 by compatriot Joseph Commey. The luckiest boxer in Ghana’s team is bantamweight Abraham Mensah who received a bye to the quarters and meets the winner of Tuesday’s preliminary bout between Kenya’s Shaffi Bakari and Sri Lanka’s Rukmal Prasanna.

Uganda’s 22-year-old Joshua Takamuhebwa (pictured left against John Paul Hale from Ireland) is the only boxer from East Africa in action today against the tough Australian Billy Polkinghorn who made a big statement on his intention with a ruthless 34-seconds first round stoppage of Fabio Liam Roselie from Seychelles. Polkinghorn’s screaming right punch exploded on Roselie’s cheek, and the referee wisely waived it off to save the victim from a possible disaster.

He’s following in the footsteps of countryman Harry Garside who won lightweight gold in the 2018 Gold Coast Games and turned pro after taking part in the Tokyo Olympics.

“Anything less than gold is a holiday, I’m putting a lot of pressure on myself,” Polkinghorn told AAP News.

“I’d never seen Joshua before but he looks a strong southpaw.”

The Ugandan caused an upset when he squeezed a 3-2 points win over fancied Irish boxer John Paul Hale on Friday.

With the East Africans still licking their wounds following Saturday’s Tsunami which wiped out two Ugandans and Kenya’s captain Nick Okoth, Takamuhabwe, a product of East Coast Boxing Club in Kampala, has his work cut out.

“I owe my rapid rise to the Khalili twins Hussein and Hassan, they made me who I am today, ” says Takamuhabwe, a technician at Zembo Electric Motorcycles.