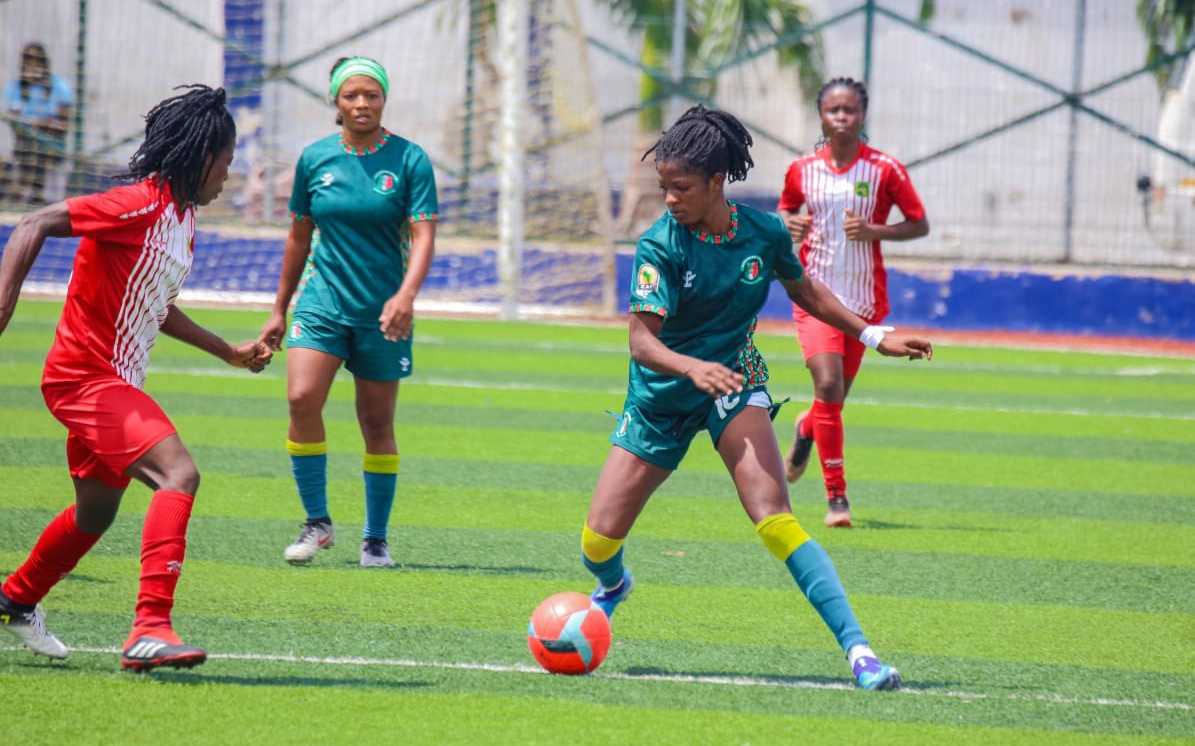 The FIFA under 20 Women’s World Cup kicks off on 10th August, 2022 and one of the players expected to propel Ghana to success in the tournament is 19-year old Doris Boaduwaa.

Boaduwaa, who was nominated for the 2022 CAF Awards for Young Player and Interclub Player of the Year, is expected to bring her experiences to the fore and help Ghana make history by qualifying from the group stage of the tournament.

The prolific striker narrates how her journey in the beautiful game started.

“I think all female players have a similar story and I honestly don’t like to sing the same chorus but it is the same. Either both-parents or one refusing to accept the idea of you playing football, you know that kind of thing? I faced it especially because I had to start playing with boys,” she revealed, and she was not smiling. Her facial expression changed as she remembers her ordeal of being rejected.

Doris Boaduwaa had her finest season in her debut full campaign in the 2020/2021 Season with Ghanaian Women’s Football giants, Hasaacas Ladies FC. A dream start she had; she was involved in 27 goals in 30 matches in all campaigns.

She ended the season as Hasaacas Ladies top scorer with 17 goals as the club secured the Women’s Premier League, Women’s FA Cup, Women’s Super-Cup, First Lady’s Cup and the WAFU Zone B trophy and silver medals at the inaugural CAF TotalEnergies Women’s Champions League which was held in November 2021 at Egyptian capital, Cairo.

At age 19, she has already won five trophies and played an instrumental role in Ghana’s U20 Women’s National Team’s historic qualification to this month’s FIFA U20 Women’s World Cup.

Growing up in Atebubu, a deprived community in the Bono East part of Ghana, Boaduwaa, knew that her journey to stardom was always going to be a mountain to climb. The 19-year old has grown in leaps and bounds on and off the pitch, risen to be a regular face at unarguably the biggest force in women’s football in Ghana, Hasaacas Ladies FC.

“I started when I was a toddler. I followed the boys to play football. Society frowned at it and was able to influence my mom against my talent. It hasn’t been all smooth and rosy; there are good days, bad days, ugly days, lessons, regrets and excitements. Together is what has brought me this far,” the ambitious Boaduwaa stated.

Unlike many girls, Boaduwaa was lucky to have her father’s support at an early stage. Real Betis Balompié Féminas’ Grace Asantewaa served as a source motivation.

Boaduwaa’s first professional career game saw her being treated with a pinch of salt by the home fans of Hasaacas Ladies Football Club to the point of her crying as she entered the team bus having lost 0 – 1 to Thunder Queens Football Club at the Sekondi Sports Stadium in the second game of the 2019/2020 Women’s Premier League.

Halfway through that season and she had banged in 9 goals and led the top scorer’s chart alongside team mate Milot Abena Pokuaa as the season got invalidated due to the emergence of the global pandemic. She had transformed significantly and had 5 more assists to her name before the eventual announcement by the Ghana Football Association that the season will not the continued.

“My dad supported and hailed me in my childhood days; he urged me on and encouraged me. My mom wasn’t at home with the idea of me being a footballer, because she felt I needed to be a ‘girl’ child doing chores. My beliefs shot up when my sister and colleague from Royals Academy, Grace Asantewaa, got picked by Ampem Darkoa Ladies. I realized if I worked harder I’d find a better club too. My mother was a bit sceptical because of feedbacks from some old folks from the community who thought it was wrong to allow your girl child to play football.”

Boaduwaa reveals the pressure of the job especially as a striker which pushed her to quit at some point. “A lot is being expected from players, as a striker, there is always much pressure especially when I go 2 or 3 matches without a goal or goals. We get cautioned by the coaches, mostly get insulted by the home fans, but then its football and it’s a normal thing in football. Honestly, I considered quitting a couple of times because I was not earning that much and on top of that, I had to deal with these things”.

At the age of 7, she started her career with an all-male club called Atebubu Royals in the Bono East Region.

“I started together with Black Queens midfielder Grace Asantewaa and it wasn’t easy for us. There was no female club in Atebubu as at that time so we had to join and follow the passion. The reception was awesome; we were treated very well to the extent that we didn’t even want to leave when the time came. They were always happy to have us around them.

With luck on her side, Boaduwaa was introduced to Mrs Evelyn Nsiah Asare, Chief Executive Officer of Hasaacas Ladies FC who doubles as the founder of Nana Afia Kobi Girls, a Division One team and that was how she got to join the club.

Boaduwaa joined her dream club, Hasaacas Ladies FC in 2018. She narrates how it happened. “Hasaacas recruited me while I was training with Prisons Ladies FC in Sunyani. Coach Yussif Basigi needed my service and I had to join when I was approached.

“I had my first National Team call up in 2018 for the Black Maidens (Ghana’s U-17) in the World Cup qualifiers under Coach Evans Adotey but unfortunately I didn’t make the final squad for the tournament. I was always on the bench, my only action came when we visited Djibouti and I was even introduced in the ending minutes,” she recalled.

Boaduwaa would go on to become a prominent member of the Women Under 20 National Team featuring in all except in their last game with Zambia in Lusaka which she missed due to illness.

Ghana has qualified for five out of the nine previous editions of the competition and there is general expectation of them to progress, to break the hoodoo when they show up at Costa Rica and Boaduwaa must find her scoring boot once more.

“I want to make a name for myself and of course make Ghana proud. Playing in tournaments like these goes a long way in making a great player because we have seen players progressed to becoming an international icons. Helping the team to qualify from group stage is a personal ambition. The group is not an easy one but nothing is impossible.”

Ghana is drawn in Group D with Japan, Netherlands and USA. Ghana will be based at Alajuela and will play both United States and Japan at Estadio Alejandro Morera Soto on 11th and 14th of August before engaging Netherlands (a side they lost 4 – 0 to in the 2018 edition) in the last Group game at San Jose’s Estadio Nacional de Costa Rica on August 17th, 2022.

Doris Boaduwaa’s rise has been about a gifted talent with a desire to make it up to the apex of a dream she’s passionate about.