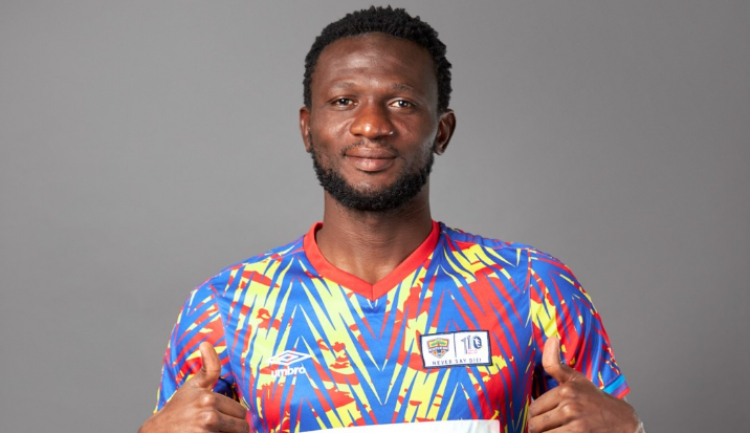 Accra Hearts of Oak have announced that Mohammed Alhassan has signed an improved contract with the club after a fruitful negotiations.

Alhassan had few months left on his contract at the Phobians and has now committed his future for two more years.

The club’s official statement reads “Accra Hearts of Oak has offered its deputy captain Mohammed Alhassan an improved contract for his dedication and good performance at the club over the past years.”

Mohammed has been one of the best defenders in the Ghana premier league. The national team player has been very much consistent for both club and country since going the Phobia family from WAFA.

According to the club, the new and improved offer is a reward for his hard work as we continue to expect more from him in the coming season.

“I am happy here at Hearts of Oak. The club gave me a huge platform which has propelled me to where I find myself now. We have been one great family,” Alhassan told the club’s official website after signing the new contract.

“The gesture from the club is amazing. What it tells me is that if I continue working hard more of such good gestures will come my way.”

“My dedication and commitment to the club is unwavering. The truth is, my dedication will not be shaken and my love for the club is still high. I thank the club for the improved contract and like I always do, I will continue to do my best for this great club.”

He is amongst the players that coach Samuel Boadu gave time off to take rest after going through the season and playing for the Black Galaxies.

He was on the score sheet for the Galaxy when they defeated Benin in the CHAN qualifiers to book a date with Nigeria in the final qualifier which will be played later this month and early September.