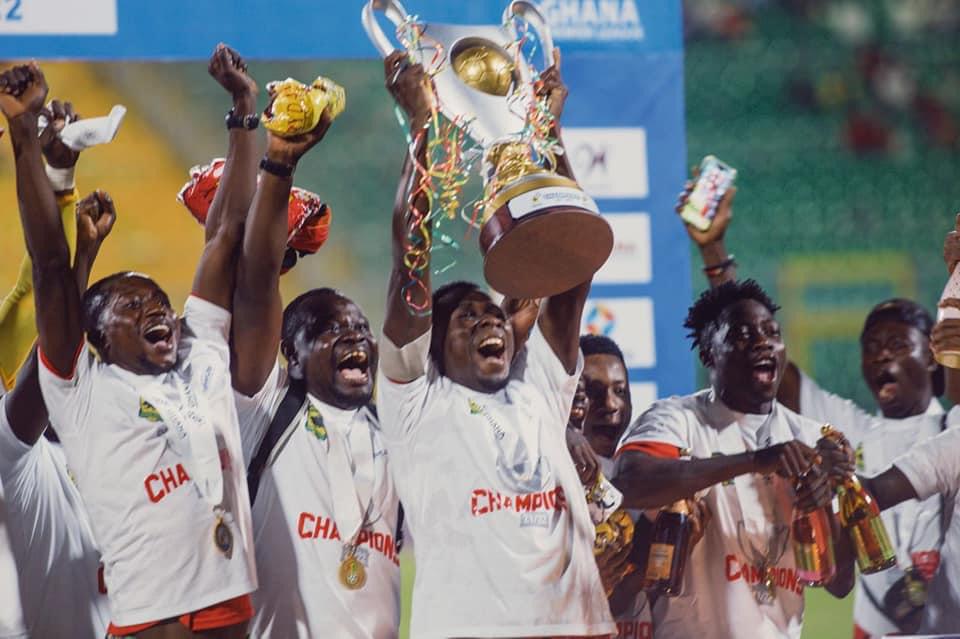 The Ghana Football Association have announced the first round of fixtures for the 2022/23 Premier League season.

Champions Asante Kotoko will open their title defence against newly promoted Nsoatreman FC at the Baba Yara Stadium in Kumasi, whilst rivals Hearts of Oak travel up the country to face Aduana Stars.

The Porcupine Warriors won the championship last season and are expected to start the new season strongly.

Having secured promotion at the end of last season, Nsoatreman will relish an upset against the giants in their first-ever top-flight match.

The Phobians started last season with a home draw and ended up failing to defend the title they won in 2020/21. They will attempt to right their wrongs this time.

Full fixtures of Ghana Premier League 2022/23 round one

Obviously, the match between Hearts of Oak and Aduana Stars is the main event on matchday one, but other intriguing fixtures to watch include Real Tamale United vs FC Samartex, Legon Cities hosting Medeama, and Great Olympics hosting last season’s FA Cup finalist Bechem United.

The first meeting between two of the most successful clubs in Ghana, Asante Kotoko and Hearts of Oak, is scheduled for matchday 3 in Kumasi.

‘Due to Television broadcast schedules, Match dates for the respective fixtures would be made public in due course,” the GFA explained.

The league, which is now sponsored by betPawa, will begin on September 9, 2022.