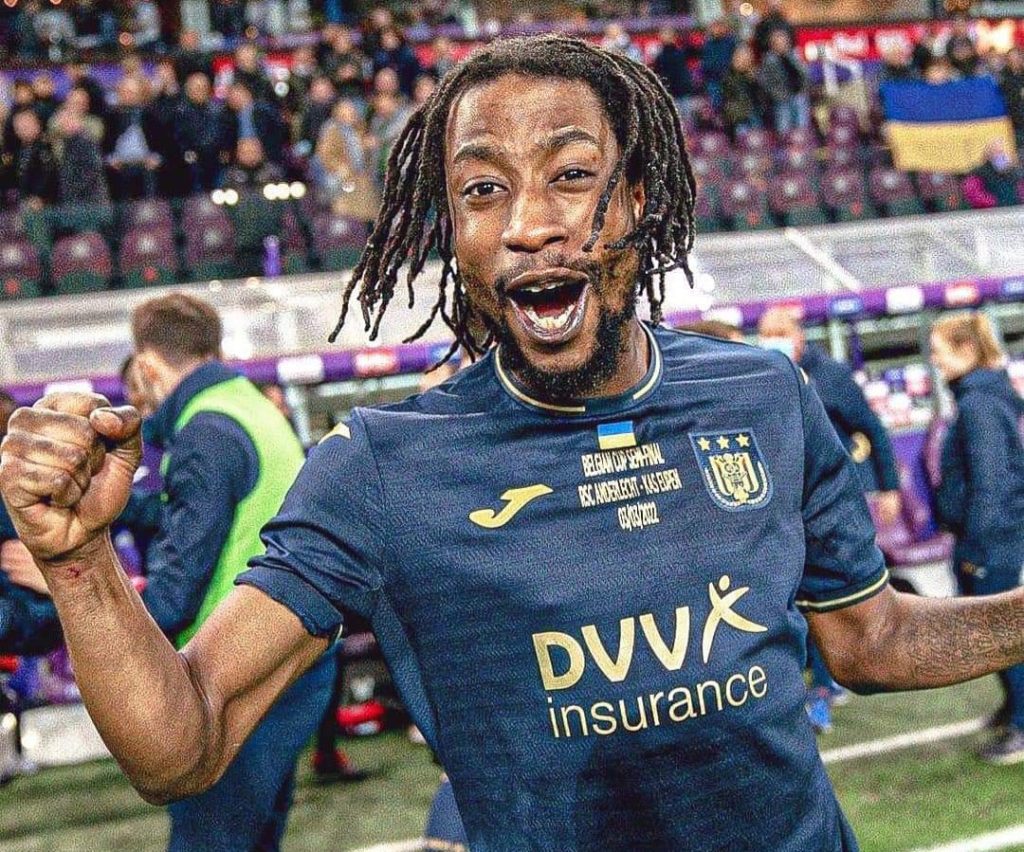 RSC Anderlecht midfielder Majeed Ashimeru is enjoying life under new manager Felice Mazzu as he is confident the Belgian trainer will be a success.

Mazzu who was in charge of Royale Union SG last season was appointed to replace former Man City defender Vincent Kompany after he left for Burnley in England.

The Purple and White are hoping to keep the Ghanaian fit for the 2022/23 football season since he might become very essential under new manager Mazzu.

“He talks a lot with the players and I think that’s important,” Ashimeru told HLN.

“We are in first place with him. From the first conversations I felt a click. During training we constantly tease each other. He often tries to push me in the back if I am not paying attention. The atmosphere is very relaxed. it’s fun working that way,”

Ashimeru revealed he was surprised when he heard that Mazzu had become his new manager at Anderlecht.

“I was at home taking a nap when a friend suddenly shook me awake and shouted that I had a new coach. I fell completely out of the blue and immediately surfed to Instagram. When I saw that it was Mazzu, I was immediately convinced that it would be okay,” he said.

The 24-year-old is optimistic Anderlecht will better this campaign done they did last season.

“He beat us four times, hey. I believe we will do better than last season. We have to get to the Conference League group stage. We are ready to fight back after that disappointment from last year,” the Ghanaian midfielder concluded.