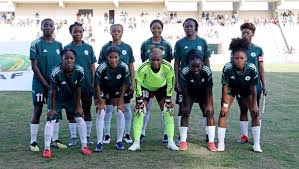 Green Buffaloes from Zambia and defending champions from South Africa Mamelodi Sundowns Ladies FC are the first teams to join the host club, ASFAR for the final tournament of the TotalEnergies CAF Women’s Champions League, Morocco 2022.

The second edition of the TotalEnergies CAF Women’s Champions League is scheduled to be played in October and November 2022.

Venues will be confirmed in due course.

Both teams from the Southern Zone battled in an epic finale with Zambian side winning 6-5 on penalties shoot-out after the match ended in a goalless.

In line with the Regulations of the competition, the Zone that produces the African champions is represented by two clubs.

The title holders who won the maiden tournament organized in Egypt last year by beating Ghana’s Hasaacas Ladies FC are eager to come back on the continental stage and conquer Africa for the second time in a row.

With COSAFA now done, the spotlight is now on UNAF and CECAFA who are currently hosting the qualifying legs of the competition respectively in Morocco and Tanzania.

Other Dates for Zonal Qualifiers