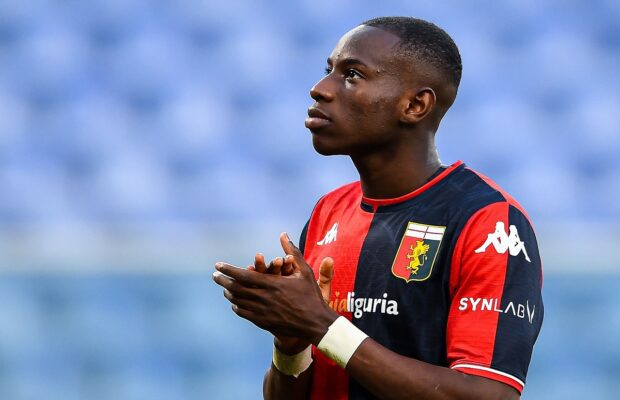 Ghanaian-born Italian striker Kelvin Yeboah says he wants to improve even more after scoring his first goal for Genoa.

Yeboah who joined Genoa in January 2022 from Austrian side Sturm Graz, registered his first goal in his 20th appearance.

Yeboah was the hero on Sunday as he scored the winner for Genoa to secure a 2-1 victory against Venezia in their first league game of the season.

“An incredible adrenaline rush, I’m very happy for myself and for the team. Focusing solely on me. I train my weak points and work on myself. Looking left or right takes you away from your focus, so I stay focused on things to improve,” Yeboah said.

“Initially I played as a winger, it happened to be a full-back as well. As a striker I look for a lot of freedom, I try to catch the ball both in the centre and on the outside. The aerial game is also one of my strengths: I have always trained to jump as high as possible. My reference is Benzema, I like his style of play.”

Prior to that, he had a goal against Benevento in the Coppa Italia ruled out for offside.

Yeboah’s goal gave Genoa a winning start, and they will hope to build on it to gain promotion to Serie A.

The 22-year-old did not score in 17 appearances for the Italian side last season.

However, he scored his first goal of the season in only his second game, which is great news for Genoa, who need the attacker to be at his best.