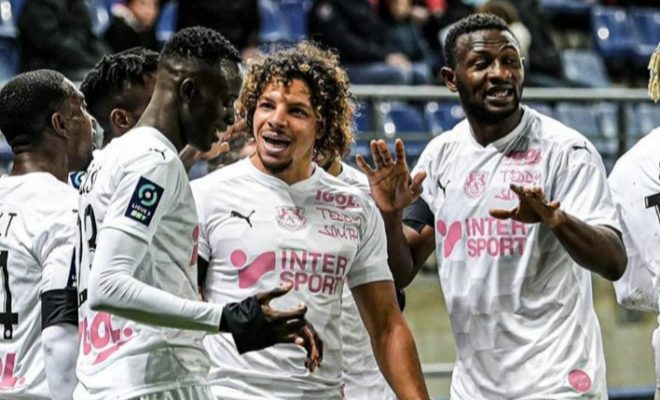 Opoku who has played in all three season openers for Amiens FC in the 2022-23 league season, was again named in the starting XI of the match week 4 fixture.

After a fairly quiet opening minutes, Amiens broke the deadlock through Antoine Leautey after a swift assist from Nicholas Opoku who has become an integral part of the team’s defensive setup.

Migouel Alfarela grabbed the equaliser for the visitors two minutes later, but Mamadou Fofana made sure the Amiens went into the break 2-1 ahead.

Mehdi Bariki put the icing on the cake with the 3rd goal for Amiens FC.