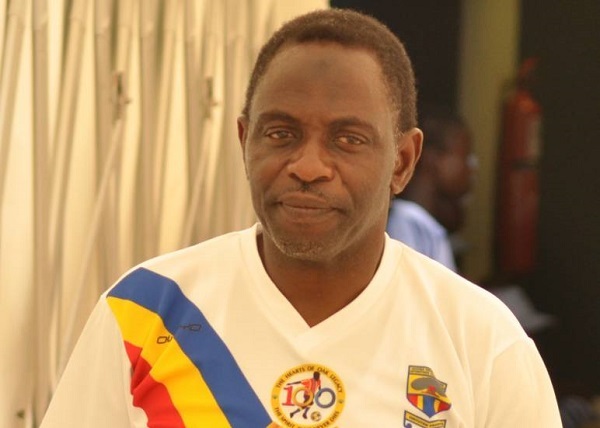 Accra Hearts of Oak and Black Stars legend, Mohammed Ahmed Polo, has urged Ghanaians not to write off Asamoah Gyan since he has the quality to make a difference in the Black Stars’ fourth FIFA World Cup campaign in Qatar if he is fully fit.

Polo waded into Gyan’s controversial decision to be considered in the Black Stars squad for Qatar 2022, following the backlash the former Ghana captain received after last week’s interview with
the BBC.

“Ghanaian football fans should not quickly write Gyan off because when he is fully fit, he has a natural gift of converting half chances into goals at the elite level,” Polo told Graphic Sports in an exclusive interview last Thursday.

“His decision to return to active football, and especially his ambition to avail himself for selection into the Black Stars for the Qatar 2022 FIFA World Cup is very dicey.

“This is because he has not played active football for some time to prove that given the opportunity, he can rise to the occasion as he used to be,” Polo noted.

Gyan told the BBC World Service that “talent wise, everything is there already, so I just have to prepare physically.”

“The World Cup is every footballer’s dream. I think I’ve got a bit of energy left in me to prove myself once again.

“I’ve been out for almost two years now due to injuries but I just need to get my body back in shape. It’s an eight-week programme and, according to my physical instructor, I’m improving faster than he thought,” Gyan explained.

According to Polo, Gyan has the experience required for high profile tournaments which is lacking in the current Black Stars team, hence the need to include him in the final squad provided he passed the fitness test.

“He (Gyan) has the experience which is lacking in the Black Stars team and as we venture into such a high profile international competition, Ghana needs experienced players of his calibre.

“However, until he proves that he is worthy to be selected into the Black Stars, he may find it difficult to merit selection into the squad,” ”Polo, also known as the Dribbling Magician, explained.

“Selection into the Black Stars should be based on performance and not names, so if Gyan wants to be part of the final selection then he needs to work extra hard with some special coaching to win the confidence of the Black Stars technical team,” Polo stated.

Gyan, who prides himself as Africa’s top scorer at the FIFA World Cup, as well as Black Stars’ all-time leading scorer, is bent on proving a point in Qatar after his crucial penalty miss against Uruguay denied Ghana a place at the South Africa 2010 FIFA World Cup.

He made the headlines last week when he revealed in an interview with the BBC that he had started training seriously with the view of improving his fitness, stamina, speed and work rate towards a possible inclusion in the Black Stars for the Qatar 2022 FIFA World Cup.

Gyan, who attributed his absence from active football to regular injuries, indicated that he had not announced his retirement from international football yet. He hoped to avail himself for selection if his body responded positively to the training regimen he had begun vigorously.

Korea and bitter rivals, Uruguay, in Group H. The Stars will open the tournament with Cristiano Ronaldo’s Portugal on November 24, and encounter South Korea on November 28, before facing Louis Suarez’s Uruguay on December 2.