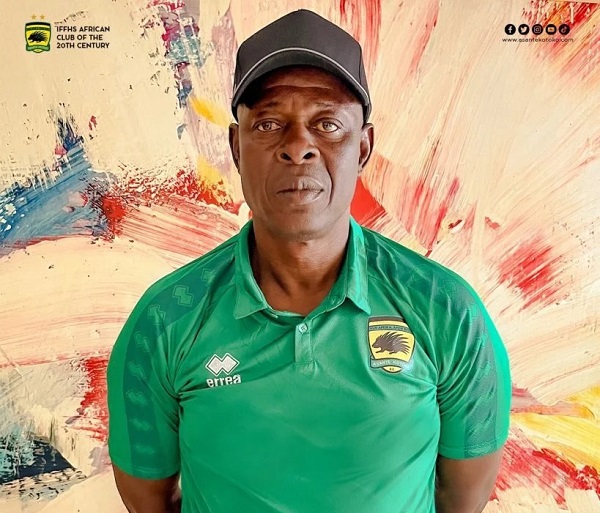 The management of Asante Kotoko have unveiled Burkina Faso’s Seydou ‘Krol’ Zerbo as their new head coach with the responsibility to restore the club’s lost glory in the CAF Champions League.

He has also been tasked to defend Kotoko’s Premier League (GPL) trophy in the 2022/2023 season.

The fifty-nine-year-old Zerbo, known in football circles as Krol – a name he adopted from Dutch tactician Ruud Krol – replaces Dr Prosper Narteh Ogum who won the 2021/2022 GPL title for Kotoko in his first year.

“We are delighted to announce Burkinabe trainer, Seydou ‘Krol’ Zerbo, as our new head coach for one season, with an option for a further season. Welcome to Kumasi,” an official Tweet from Kotoko announced at 10a.m. yesterday.

With a black cap to match a green Kotoko replica jersey, and his hands behind him with penetrating eyes like a military man ready to lead a battalion to battle, the Kotoko management unveiled the newly-appointed Burkinabe manager, who is a household name in Burkina Faso.