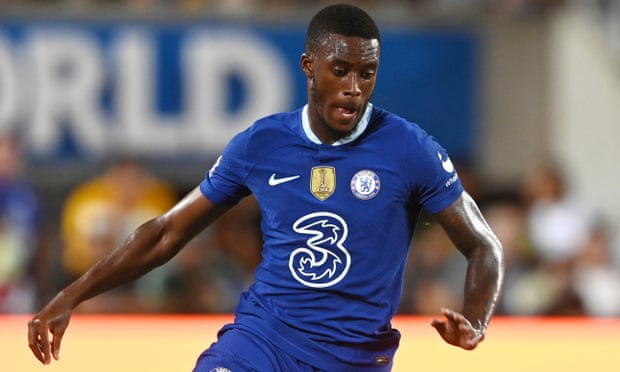 Hudson-Odoi has played 126 games for Chelsea but the 21-year-old winger has not made an appearance since early March. Negotiations for a move to Leverkusen are progressing well and a deal is expected to completed this week.

Chelsea are still pushing to sign Wesley Fofana despite Leicester turning down an improved bid of £70m for the French centre-back, who is determined to move to Stamford Br idge. Talks are continuing via intermediaries in the hope of finding a solution.

There are no negotiations between Chelsea and Manchester United for Harry Maguire. The defender was dropped by Erik ten Hag for the win against Liverpool on Monday but he is expected to stay at United and fight for his place. Fofana remains Chelsea’s No 1 defensive target.

Another player who could leave Chelsea is Hakim Ziyech. Ajax are keen to re-sign the Morocco international if they sell Antony to Manchester United and further talks with Chelsea are planned. United are expected to submit another bid for Antony after their €80m offer was rejected.

The United defender Eric Bailly has joined Marseille on a season-long loan with a view to a permanent move, while midfielder James Garner is in line to leave the club with Everton and Southampton both interested in the 21-year-old, who impressed at Nottingham Forest in the Championship last season.