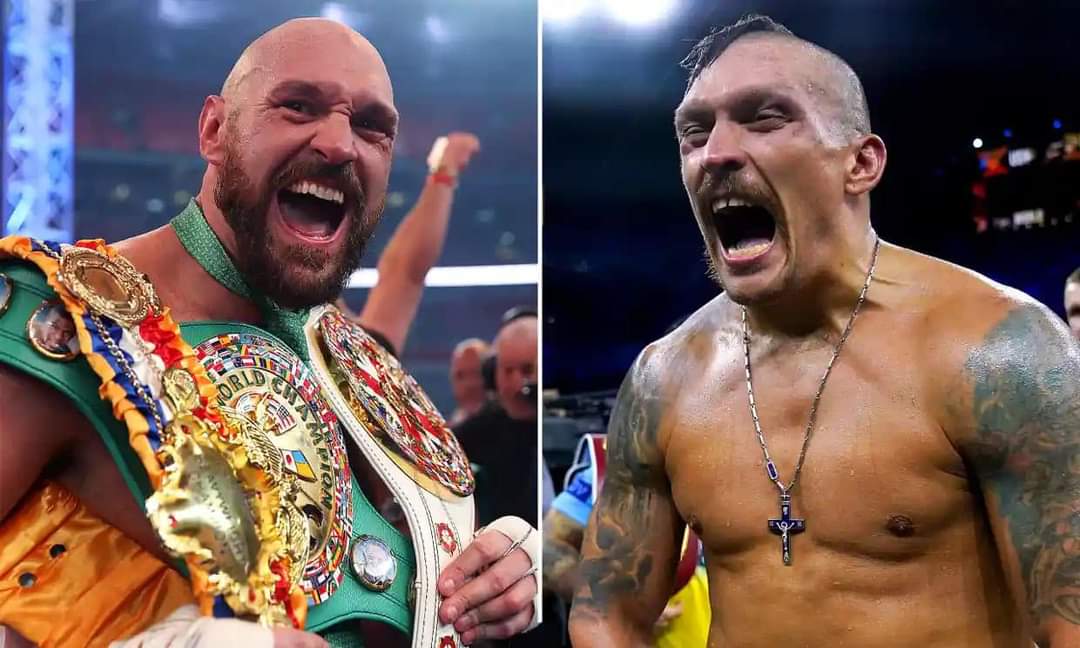 Tyson Fury wasn’t joking when he said those people who wish to see him fight Oleksandr Usyk “better get their check books out.” Fury, who took to social media immediately after Usyk’s repeat win over Anthony Joshua, and has sent out further messages since then, has doubled down on his demand for no less than a whopping, great £500 million to fight “Ukrainian dosser” Usyk (Fury really showing zero class towards Usyk, a man who has literally been fighting for his country; Fury also being criticised by many for “kicking AJ when he’s down,” this from Fury, who is a spokesman for mental health).

“Boys, better get that half a billy. If not, keep that little mug. If it was AJ it would have been free but it’s not.”

And then Fury set a time limit for the cash to be put up:

“They have a week,” Fury told Talk Sport.

“It’s August 24. They have a week to submit their offers. I want it in writing with proof of funds. It’s the biggest fight in the world so it needs the biggest pay day in the world. Mayweather got £400 million to fight Pacquiao, I want £500 million. I know they [the Saudis] have got the money. They offered Tiger Woods $1 billion. I have no real interest in Usyk. A pumped-up middleweight. It’s not my fault he gone and battered AJ, some bodybuilder. There has only ever been me. They try to compete, but they get beat. I could beat Usyk on a week’s training. Because he’s a middleweight. I’ll put my fists right through him.”

And Fury – though he will surely afford Usyk more respect if and when training camp for this fight arrives – is deadly serious about this simply staggering amount of money, but is it in anywhere close to realistic that Fury can get this kind of money? Maybe the super-rich money men in Saudi Arabia, the talked of venue for a Fury-Usyk clash, will put up such enormous money. Usyk has made no demands as far as how much he should be paid, but it seems fair to say Usyk will have to be paid handsomely himself. From a fan perspective, this fight, if it happens, may see yet another hike in pay-per-view fees.

Is any fighter worth £500 million? Is any fight worth such a sum of money? There was a time when fighting for the ultimate prize in sports, the world heavyweight championship, was enough all by itself. Times sure have changed.