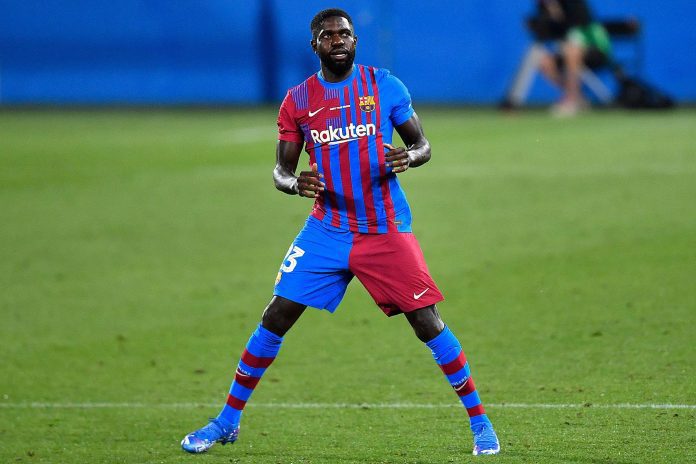 Barcelona defender Samuel Umtiti has joined Serie A newcomers Lecce on loan for the remainder of the season.

The 28-year-old French centre back’s career has largely been derailed by injuries in recent years, but the player is not giving up yet and he’s keen for a breath of fresh air as he looks to relaunch his career.

Umtiti will certainly add a strong reinforcement to Lecce’s defence and he could re-find his form in Italy should he manage to stay fit. Reports suggest that Barcelona will pay the vast majority of the 2018 World Cup winner’s salary, with the Puglian side only paying a small amount for regulatory reasons.

The Frenchman’s move is a dry loan deal, meaning Lecce will not have to option to make his stay permanent.

Umtiti joined Barcelona in July 2016 from Olympique Lyon in a deal worth around €25m.

He’s made 133 appearances across all competitions for the Blaugrana, helping the side win two La Liga titles, three Copa del Rey and two Spanish Super Cups.