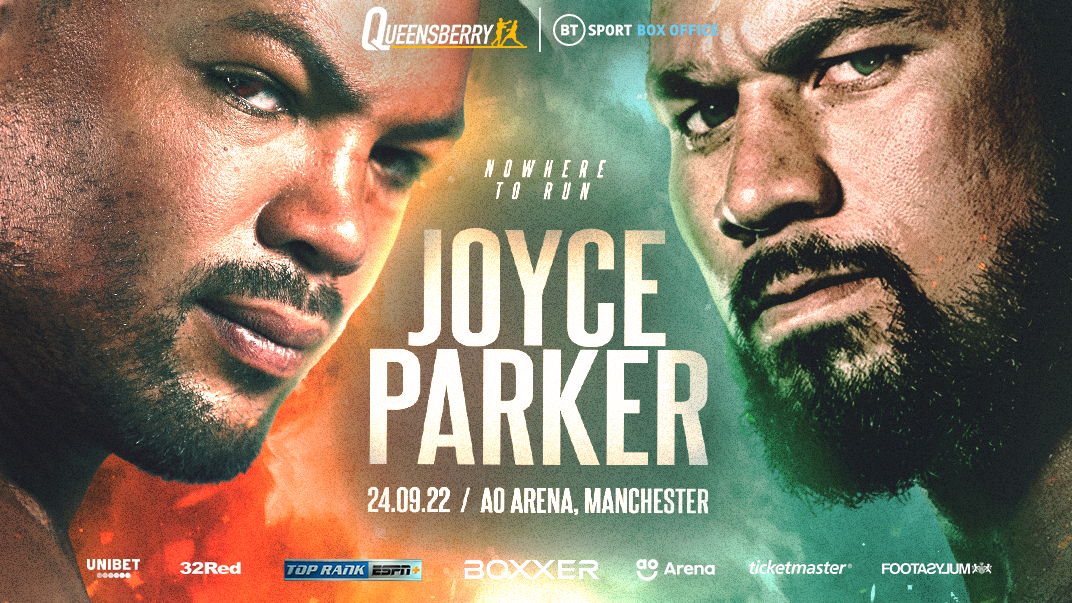 The unbeaten Joyce (14-0, 13 KOs) – a 2016 Olympic silver medallist — holds the WBO International and WBC Silver heavyweight titles and is a former British, Commonwealth and European champion.

Parker (30-2, 21 KOs) previously held the WBO world title, winning the vacant belt against Andy Ruiz Jr. in 2016 and making successful defenses against Razvan Cojanu and Hughie Fury before losing on points in a unification fight against Anthony Joshua.

Joyce-Parker headlines a loaded UK fight night that will stream live and exclusively in the U.S. on ESPN+ at 2 p.m. ET/11 a.m. PT. Joyce vs Parker is promoted by Frank Warren for Queensberry Promotions in association with BOXXER.

The ESPN+ stream also features the return of seven-weight world champion Amanda Serrano (42-2-1, 30 KOs), who will attempt to unify her WBO and WBC featherweight world titles against unbeaten IBF champion Sarah Mahfoud (11-0, 3 KOs). The fight will be promoted by Frank Warren for Queensberry Promotions in association with Most Valuable Promotions.

Serrano returns to the featherweight ranks after her valiant stand against undisputed lightweight champion Katie Taylor in April, which she lost by disputed split decision. Serrano has won world titles in every weight class from 115 to 140 pounds and is among the most decorated fighters in women’s boxing history.

‘Nowhere to Run’, Joyce vs. Parker, will be broadcast live in the UK on BT Sport Box Office.