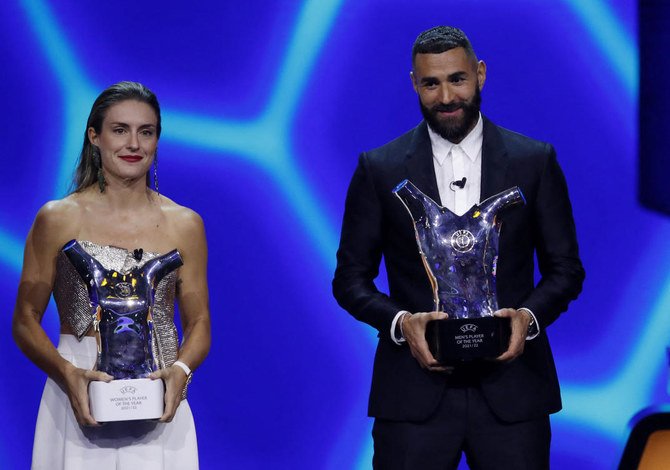 Karim Benzema and Alexia Putellas won UEFA’s player of the year awards on Thursday, making it a sweep for Spanish clubs.

Benzema had been the heavy favorite for the men’s award after scoring 15 Champions League goals to lead Real Madrid to a record-extending 14th European title.

She was expected to lead Spain at the European Championship in July but suffered a serious knee injury days before the tournament started in England.

Putellas limped up several steps to the stage to collect her trophy minutes after the men’s Champions League groups were drawn.

The coaching awards went to the winners of the two biggest events last season – Carlo Ancelotti of Madrid and Sarina Wiegman, who led England to the Euro 2022 title.

Voting was done by coaches whose teams played in European competitions and selected journalists across Europe.

Putellas won her vote ahead of England forward Beth Mead, who was the Euro 2022 joint top scorer with six goals, and Germany midfielder Lena Oberdorf.

Wiegman again finished ahead of Germany’s Martina Voss-Tecklenburg and Sonia Bompastor of Lyon.