NBA players, New Coaches, Records - This is Window 4 of the African Qualifiers 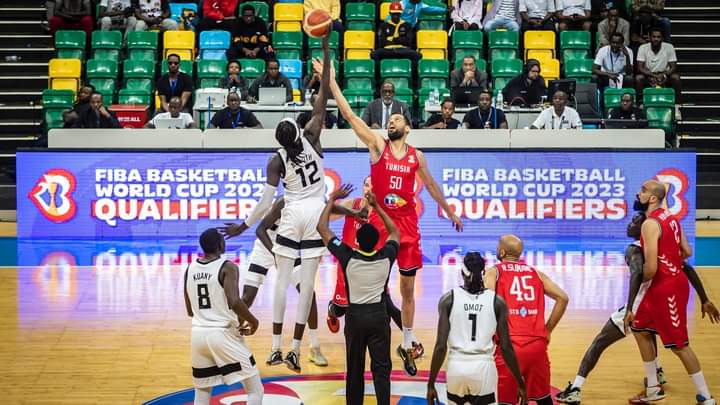 By the end of Window 4 of the FIBA Basketball World Cup 2023 African Qualifiers on Sunday, August 28 there will be a clearer picture of the race for next year’s World Cup. Some teams may even have been qualified by then.

One of the best ways to understand how African basketball has evolved over the past few years is by looking thoroughly at the FIBA Basketball World Cup African Qualifiers.

And FIBA.basketball brings you some fact files that you should be aware of to enjoy the next 18 games.

WHICH TEAMS ARE PLAYING

The 12 countries are divided into two groups (E and F) of six teams. Each team will play three games in the first round of their groups from August 26-28. The second round of each group will take place in the fifth and final Window of the African Qualifiers in February 2023.

The teams that finish in the top two places of Groups E and F qualify automatically for the FIBA Basketball World Cup 2023 in Indonesia, Japan and Philippines.

HOW TO WATCH THE GAMES

Fans wanting to attend Group F games will have tickets on sale at Salle Mohamed Mzali in Monastir, according to the Tunisian Basketball Federation.

Meanwhile, for those looking to stream the action, Courtside 1891 is your one-stop shop for the best online live video and highlights from the FIBA Basketball World Cup Qualifiers.

Fans have several options to watch and follow W4 of the African Qualifiers. CLICK HERE to learn more how to watch the games.

Every game matters in W4, but some games offer another level of interest. Find out more HERE.

W4 won’t be short of talented players. Some of whom are well known to African basketball followers. The list of high level players has been boosted with the presence of current or former NBA players.

WHAT THE NUMBERS SHOW

– Ivan Almeida (Cape Verde) has averaged 11.6 points and 9.4 rebounds in five World Cup qualifiers games; he has grabbed more than 10 rebounds in each of his last two appearances but only one player has managed to record three consecutive such games in Africa in the qualifiers (Placide Nakidjim in 2018).

– Nigeria have lost the opening game in each of the three last qualifying windows in the African qualifiers.

– Childe Dundao (Angola) has made 3.5 steals per game in the 2023 World Cup qualifiers, more than any other player in Africa; in fact, he has made 3+ steals in five of his six appearances in the competition.

– South Sudan are yet to concede 70 or more points in a single game in the competition.

– Nuni Omot (South Sudan) has scored 94 points in the 2023 World cup qualifiers, more than any other player in Africa; he has scored at least one 3-pointer in each of his six games, and multiple 3-pointers in four of those.

– Salah Mejri (Tunisia) has averaged 10.5 points and 9.7 rebounds in six games in the World Cup Qualifiers, grabbing 9+ rebounds in each of those games; he has attempted at least one 3-pointers in each of his six games, but he’s yet to score from behind the arc (0/15).

– Cameroon’s Benoit Mbala has scored 10+ points in 10 different games in the World Cup qualifiers, more than any other of his countrymen; however, he has done it in only two of his six games in the 2023 qualification.

Four teams heading to W4 have changed their coaching staff.

Emmanuel Mavomo is now the man in charge of DR Congo. The French-Congolese who served as an assistant coach with Nigeria and Angola, replaced Thomas Drouot.

Former AfroBasket player DeSagana Diop replaced his countryman Boniface Ndong at the helm of Senegal and Serbian Dejan Prokic  has replaced Coach Natxo Lezkano at the helm of Cote d’Ivoire.