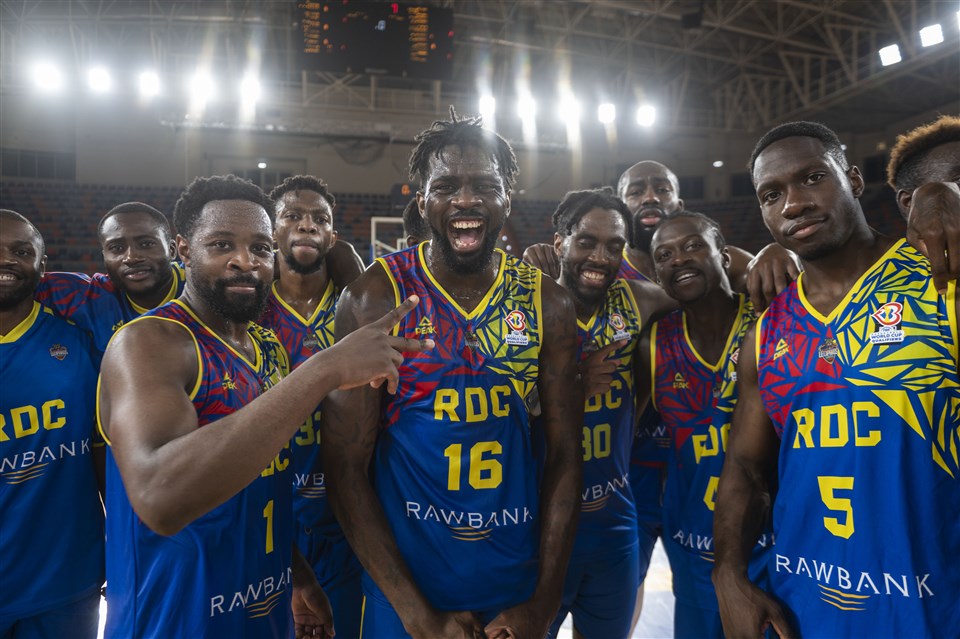 Jonathan Kuminga has always dreamed about playing for his native DR Congo national team, and  when the opportunity presented itself in front of him, and he received some encouragement from fellow NBA players, he thought it was the obvious choice to make.

Kuminga, who won his first NBA title with the Golden State Warriors two months ago, embraced the opportunity of joining the DR Congo and will make his national team debut in this week’s Window 4 of the FIBA Basketball World Cup 2023 African Qualifiers in Monastir, Tunisia.

The Congolese are 4-2  and are in the race for one of the five tickets for African teams for next year’s FIBA Basketball World Cup in Indonesia, Japan and Philippines.

But, unlike their women’s counterpart, who featured at an Olympics (1994), DR Congo’s men team has never qualified for a major World tournament, and Kuminga’s commitment to join the team comes to bolster their chances of changing the course of history.

“We are trying to get qualified for the World Cup. I don’t think any team Congolese team has ever made to that point, but I feel like we have a chance and possibility to do it,” said the 19-year-old in an exclusive interview with the FIBA.basketball.

If DR Congo win their next three games they will bolster their chances of advancing to the Indonesia-Japan-Philippines showpiece.

The 2.02m (6ft 7in) small forward remains confident about the potential of his team. “Together we have something big to accomplish,” Kuminga said.

He went on to detail his integration with the Leopards’ rotation and recalled that he’s ready to adjust to the team. “I am a basketball player, and at the end of the day, you never know who you are going to play with. It’s the same when I got drafted. I didn’t know I was going to get drafted with that team, and I had never played with anybody out there. As a professional athlete you have to adapt to any circumstance.”

Kuminga was expected to debut for DR Congo in Window 3 of the African Qualifiers last month, but personal issues forced him to return to Kinshasa just before the games started in Alexandria, Egypt.

Playing for DR Congo, Kuminga insisted, means the world to him. “Having somebody who played in the NBA and comes back to play for their country, it means a lot to me. Being born in Congo and then making it to the NBA, it’s a pleasure for me to come here and play for my national team.”

Kuminga will play alongside his older brother Joel Ntambwe, who has played for their country at 2021 FIBA AfroBasket.

Ntambwe said he couldn’t wait for the opportunity to play with Jonathan for their country in a meaningful competition: “It’s going to be great. He is ready, I am ready, the whole team is ready. Let’s do it for our country,” Ntambwe pointed out.

Asked about the decision to suit up for DR Congo, Kuminga revealed that talking to more experienced players boosted his dream to wear the DR Congo jersey.

Kuminga acknowledges that things are running too fast in his career.

From playing High-School basketball, being an NBA Draft first round pick, winning an NBA title and joining his national team in just two years seems surreal to a player who once dreamed of playing for the DR Congo U18 team but was refused because of his young age.

“Playing for my national team was always a dream of mine,” Kuminga recalled.

“I was supposed to play  [for DR Congo youth teams] ]back in the days before I left my country, but I was way too young to play for the U18 team. They didn’t let me play. Me gaining this chance to play now, it’s a blessing. It’s like a dream come through; Being surrounded by this group of players, I am just trying to learn from everybody and help the team to win.”

“All these things happened in less than two years. It doesn’t happened to a lot of people. I decided to come out here as a champion, make an impact and help the team.”

As for the prospect of facing Tunisia, South Sudan and Cameroon, Kuminga said: “We are just going to take it day-by-day. We are not worrying about what’s coming; We are trying to finish the job with Cameroon and move on to the next one. We just want to focus to that first game and get that win.”

Just like he does in the NBA, Kuminga is going to wear Jersey number zero.

Talking about the significance of playing for DR Congo, Kuminga described himself as young kid from Congo. “It’s a real blessing to come out here. As I always say. I love my country, if I have to play for them, I will play for them. That’s just the love that I have for my country. It doesn’t matter whatever is going on, as long as I am here playing for my country, and wearing the national team jersey that’s what it matters to me.