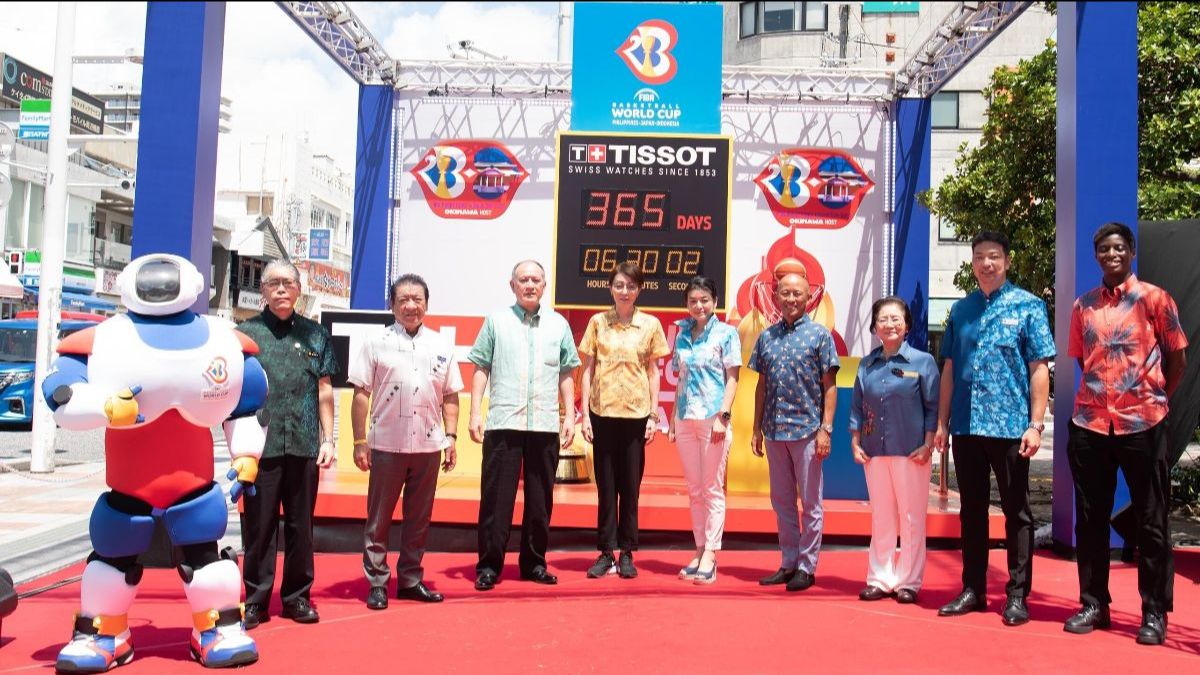 Japan, the Philippines and Indonesia will be in the spotlight from August 25 to 28 as the Tissot Countdown Clocks are unveiled in the three host countries to celebrate one year to the start of the FIBA Basketball World Cup 2023.

The latest milestone ahead of FIBA’s flagship event for men will feature ceremonies attended by high-ranking officials from FIBA, Tissot, city and government officials, local organizers as well as players and other celebrities. The festivities in all three co-hosting nations will include an array of activities as the world gets ready for the FIBA Basketball World Cup 2023 which tips off next year on August 25.

“This is an exciting milestone to be celebrating. There are only 365 days to go before we witness a historic FIBA Basketball World Cup – the first to be hosted by multiple nations,” said FIBA Secretary General Andreas Zagklis.

“We are excited to be working with three host countries, each of which is looking forward to soon having fans from around the world come to their country. Thanks to our long-standing partner Tissot for supplying the Countdown Clocks and our continued partnership with them. The celebrations in all three nations will surely be enjoyed by all, and now fans know exactly how many days, hours, minutes and seconds are left before basketball’s marque event tips off.”

Sylvain Dolla, Tissot CEO said: “We are proud to be able to play such an important role as Official Timekeeper in this international sport. Basketball underlines our dynamic nature and our values of precision and performance. Offering exclusive services to the World Cup and celebrating this key moment also give our customers an additional reason to be proud of their commitment to Tissot and also reinforces our longstanding partnership with FIBA.”

The Japanese celebrations will continue on August 27 in Okinawa City with special events and cultural exhibitions, and also on August 28 in Naha City with a special milestone celebration that will include various basketball activities, fun games and other festivities.

“We are very excited to have the Countdown Clocks unveiling as it means we are that much closer to welcoming fans from around the world to Japan for this great event,” said Yuko Mitsuya, President of the FIBA Basketball World Cup 2023 Organizing Committee of Japan and Japanese Basketball Association President.

The Philippines will present the second Tissot Countdown Clock on August 27 with a special ceremony located at Mall of Asia in Manila that will be highlighted by an exciting lineup of entertainment, which will also be broadcast live nationally by Cignal TV.

Indonesia’s Countdown Clock festivities will take place on August 28 at the Bundaran HI, one of the striking landmarks which dominate Jakarta’s cityscape.

JIP, the World Cup 2023 mascot will also be in attendance to celebrate this milestone. These festivities will be another chance for the fans to meet the event’s mascot, whose name was recently selected by fans from around the world.

The One Year To Go milestone also marks the launch of the second phase of FIBA Basketball World Cup 2023 ticket sales with final round packages becoming available. For more information on tickets click here.