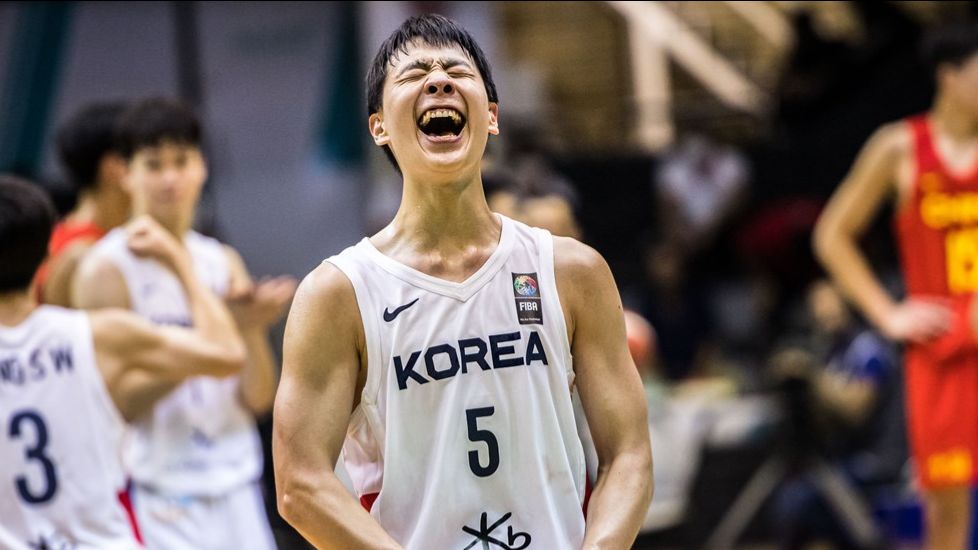 Korea got the sweetest of paybacks following a thrilling 89-85 come-from-behind victory over rivals China to book the first ticket to the FIBA U18 Asian Championship 2022 Final, Friday night at the Azadi Basketball Hall.

Heroes were plenty in the win, with Lee Juyeong, Kang Sungwook, and Lee Chae Hyung coming up big-time most especially in the endgame to help their side earn their first-ever triumph over their East Asian rivals in the U18 tilt.

But more importantly, it will be the Koreans’ first Asian U18 Final trip in 10 years, or since settling for a silver medal in the 2012 edition against, coincidentally, the Chinese in heartbreaking fashion, 91-93, in Ulaanbaatar, Mongolia.

Lee Juyeong fired a personal tournament-high 29 points to lead the victors, to go along with his 3 rebounds, 4 assists, and a steal.

Kang rifled 26 points, none bigger than the go-ahead three-pointer with 2:35 to go — which came from a Lee assist — that gave them the lead for good, 84-82, as they went on to complete the comeback from 19 down.

Lee Chae Hyung supplied 10 points but it was his defense that spelled the difference yet again as he piled up 10 of his team’s 18 steals, the second time in the tilt that he racked up that many steals after doing so against India in the Group Phase.

He also collected 6 rebounds and 6 assists in the win in yet another solid display of versatility by the 1.87 M (6’2″) guard.

Yun Kichan contributed 14 points for Korea, who pulled off a 9-4 run to finish one of the most exciting Semi-Final encounters in recent memory.

Thrice a winner of the Asian U18 competitions, the Koreans will now await the winner between Lebanon and Japan for their foes in Sunday’s Final.

China, meanwhile, were led by Liu Lijia with 19 points in the stinging loss. Hansen Yang had 17 points, 11 rebounds, 3 assists, and 3 assists.

Liu Jinyu had 15 points. Ma Mingkun had 11 points, 9 rebounds, and 7 assists, while Wang Haoran added 11 markers as well for the young Team Dragon, who committed a total of 25 turnovers in the meltdown.