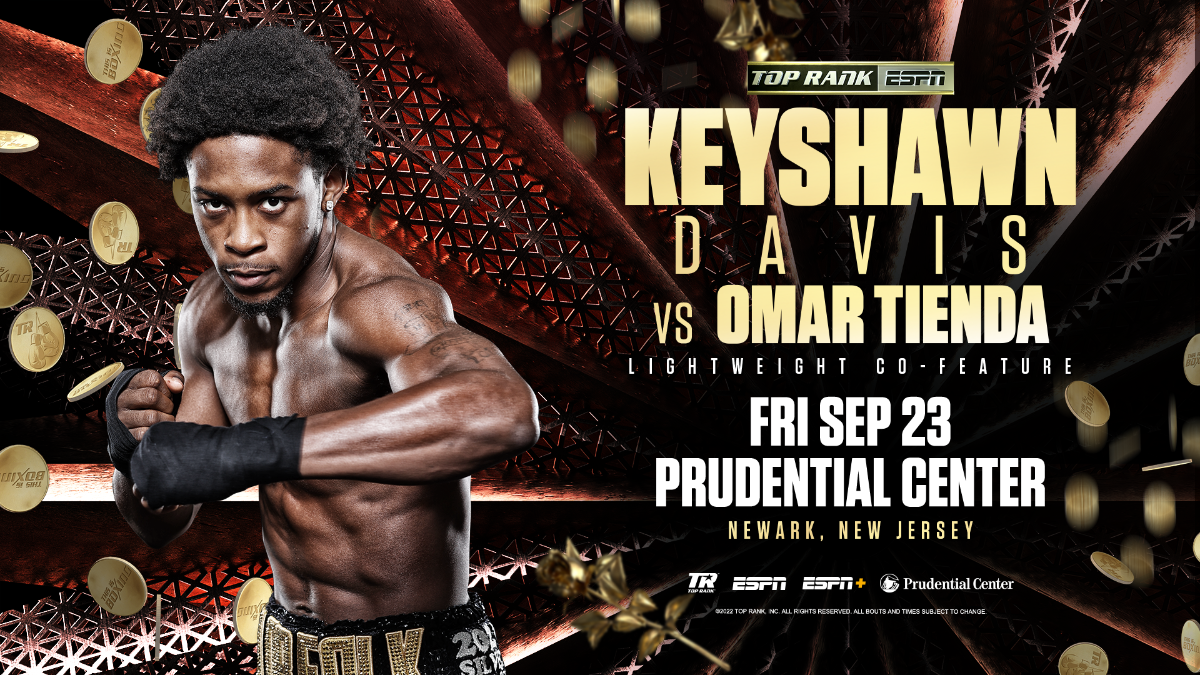 Stevenson-Conceição and Davis-Tienda will be broadcast live on ESPN, ESPN Deportes and ESPN+ at 10 p.m. ET/7 p.m. PT.

Promoted by Top Rank, tickets starting at $50 are available at Ticketmaster.com.

Davis (5-0, 4 KOs) is back following April’s sixth-round TKO over Esteban Sanchez on the Oscar Valdez-Stevenson card. His proposed July bout against Jair Valtierra was postponed, but with a clean bill of health, Davis seeks to make waves once again before Stevenson takes center stage. Tienda (25-5, 18 KOs), from Guadalupe, Mexico, has won seven straight fights — all by knockout — since a 2017 decision loss to Dennis Galarza. His only stoppage defeat came in his seventh pro fight back in 2013.

Lebron (16-0, 10 KOs), from Aguadilla, Puerto Rico, ranks among his island nation’s top prospects, but he’s looking to notch a signature victory. In his last outing, he won a clear eight-round unanimous decision over Luis Lebron (no relation). Vences (23-3-1, 12 KOs) is a 10-year pro from San Jose, California, who has battled a slew of top-rated fighters. His July 2020 split decision defeat to Luis Alberto Lopez — now the IBF No. 1 featherweight contender — ranked among the year’s best action fights. He makes his comeback little more than one year removed from a majority decision loss to former world title challenger Jono Carroll.

In other undercard action, Shakur Stevenson protégé Antoine Cobb (1-0-1, 1 KO) will fight an immediate rematch against Jaylan Phillips (1-2-1, 1 KO) in a four-rounder at welterweight. Cobb and Phillips fought to a crowd-pleasing draw April 30 on the Valdez-Stevenson undercard.

The undercard is also scheduled to include the following bouts: