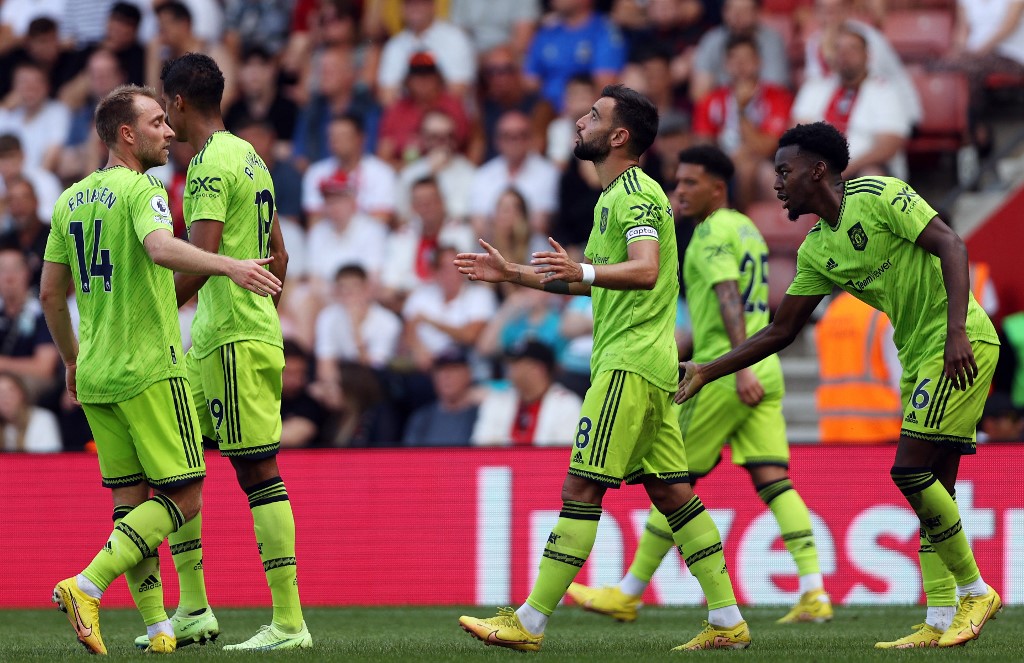 Bruno Fernandes highlighted Manchester United’s ‘spirit’ and ‘sacrifice’ after the Reds battled to a great 1-0 win over Southampton at St. Mary’s on Saturday.

Fernandes’ 55th-minute winner secured all three points and built on the memorable 2-1 victory over Liverpool earlier in the week. The hosts were well-drilled and compact, giving United little room to breathe on a less-than-perfect pitch.

“Obviously, we knew it was very tough to play here against them,” Bruno told MUTV.

“They play with loads of intensity, they have good quality, loads of bodies up front, they create many problems but obviously we did a great game, with great sacrifice and  great spirit, and it’s a big win for us.”

Ten Hag sent United out with renewed attacking purpose in the second half. Buoyed by the incisive runs of Anthony Elanga and Jadon Sancho, who began to cut inside to create space for others, the Reds ripped through the Saints’ defence with a fantastic passing move that ended with Bruno firing into the back of the net. He had right-back Diogo Dalot to thank for the assist.

“An amazing cross from Diogo,” said Fernandes. “But obviously I think the run from Jadon, inside to the goal, made me have that space to the cutback, so well done from everyone.

“As I said, if we do our job of the runs when we have to do them, in the right timings, it doesn’t matter who, we create space for each other and at the end we get the goals.”

The Portuguese magnifico’s goal enabled United to notch an important second win of the campaign but he knows the hard work is only just beginning.

“We have to carry on this spirit and this sacrifice that we’ve had in the last two games,” Bruno told BT Sport.

FERNANDES: WE KNEW IT IS TOUGH TO PLAY HERE

“We have to carry on for the rest of the season. This is what this club demands. All the players know that and I think after Liverpool, everyone could feel it.

“We said it today before the game. We set the standard, so we have to carry on now and if we can, improve it.

“We won, we’re really happy and if it’s away or if it’s at home, we want to win every game. That’s what it’s about to play for Manchester United.”