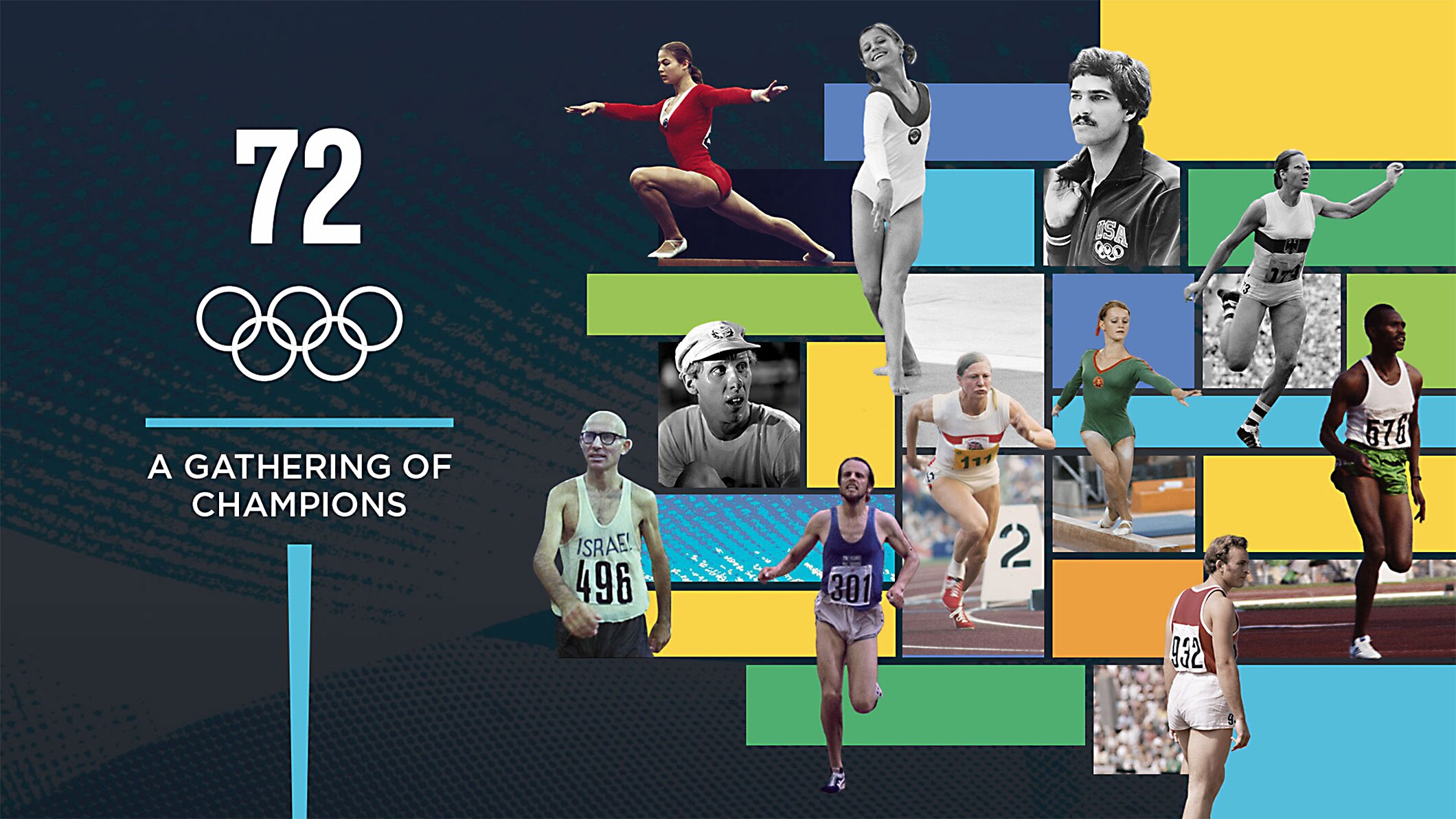 On the 50th anniversary of the Olympic Games Munich 1972, “72 – A Gathering of Champions”, an emotive four-part series produced by the Olympic Channel and directed by Emmy-award winner Jonathan Hock, revisits the event with the Olympians who experienced first-hand both personal triumphs and unimaginable tragedy, as they return to Munich.

Combining remarkable restored film footage and new personal accounts from the athletes whose lives were deeply touched by the events of this time, each one of the four, one-hour episodes explores different stories and perspectives from Munich 1972.

The documentary revisits the record-breaking sporting action from the likes of Mark Spitz (USA), who delivered one of the greatest performances in Olympic history, becoming the first athlete to win seven gold medals in swimming. Track stars Mary Peters (Great Britain) and Heide Rosendahl (Germany) return to Munich and relive together their incredible rivalry and one of the most exciting finishes in Olympic history, which saw them both break the world record in the Olympic pentathlon and finish with the smallest margin on record separating them. Lasse Virén (Finland), who recovered from a dramatic fall to become 10,000m Olympic champion, also retraces his steps, alongside his son and grandson.

Fifty years later, the series also recounts the personal journeys of athletes affected by the global landscape of the time. Karin Janz (Germany), the most decorated female gymnast at the Olympic Games Munich 1972 with two golds, two silver and a bronze – competing in unique circumstances, with her home nation, the host country Germany, divided into east and west – discusses the mixed emotions it inspires in her to this day. Valeriy Borzov returns to the site of his triumph, a sprint double of 100m and 200m gold, alongside then-Soviet Union team-mate and now wife Lyudmila Tourischeva, who arrived in Munich as the world’s most celebrated gymnast and returned with two gold, silver and bronze medal.

The series also follows Olympic gymnastics icon Olga Korbut – who competed for the Soviet Union as well – as she prepares to return to Munich for the first time since winning three golds and a silver at the Games, and Dave Wottle, who was the unlikely winner of the 800m gold medal for Team USA. Two-time Olympic gold medallist Kip Keino (Kenya) tells of his awe-inspiring journey from rural Africa to Munich 1972.

Throughout these stories, the Olympians touch on the tragic terror attack against the Israeli team at Munich 1972, which shook them and the world. The final episode in the documentary series revisits this through the eyes of those who were there, following 86-year-old Shaul Ladany, a Holocaust survivor who resettled in Israel, as he makes an emotional return to Munich. He details how he felt competing at the Games in Germany, and his unimaginable experience when he, alongside his team-mates, became the centre of a hostage crisis in the Olympic Village, leading to the tragic deaths of 11 of the Israeli national team delegation and a German policeman.

Speaking about the documentary, director Jonathan Hock said: “The Olympic Games Munich 1972 were the first great sporting event I remember watching, and I have vivid memories of those moments – Dave Wottle’s golf cap, Mark Spitz’s moustache, Kip Keino’s regal stride, Olga Korbut’s smile. What a thrill and privilege it was to return with these great athletes, to the stadiums, swimming pools and gymnastics hall, 50 years on. While the story is about the extraordinary feats – and tragedy – of Munich, this documentary series is also about memory itself. Watching these heroes relive the events that shaped them, where they took place, was the filmmaking experience of a lifetime.”

The documentary, which will stream worldwide on olympics.com, has been released as part of the International Olympic Committee’s 50th anniversary commemorations of the Olympic Games Munich 1972.

Episodes 1 – 2 are available to watch on olympics.com.