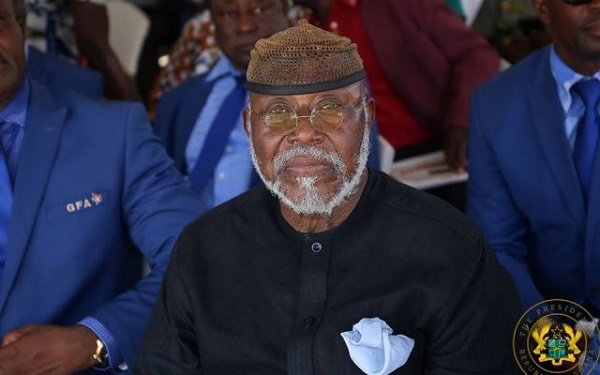 Former Ghana Football Association (GFA) Chairman, Dr Nyaho Nyaho-Tamakloe, has jumped to the defence of Asamoah Gyan and vouched on his capability to represent the Black Stars at the 2022 FIFA World Cup in Qatar.

According to him, the records and contributions of the 35-year-old for the national team spoke volumes such that if he was in good form, his inclusion in the squad would be extremely beneficial to the chances of the senior national team.

While reacting to the recent controversy which ensued over the former Black Stars skipper’s availability for selection to the Mundial, Dr Nyaho-Tamakloe said Gyan towered above all the strikers in the team currently, hence should the coach deem it appropriate to invite him, he would be in support of such decision.

”Asamoah Gyan has made an incredible mark in Ghana football. He is a good footballer and if he has the stamina, why not?” the Hearts of Oak board member explained.

Dr Nyaho-Tamakloe said those condemning Gyan on the basis of his age should consider what Cameroun legend, Roger Milla, did for his country at the 1994 World Cup at the age of 38, likewise England’s Stanley Matthews during the 1950s.

“Roger Milla opted to play in the World Cup at an old age and did well. We can also talk about Stanley Matthews of England who was a key figure in the team and was known as the tactical magician.

“He was later invited to Ghana by Ken Harrison, who was then General Manager of Hearts of Oak in the 1950s,” he recalled.

The former GFA boss, however, stressed that though the decision to play at the World Cup rested on the Stars coach, if Gyan was mentally strong and physically fit, he saw no reason why he should be overlooked because Gyan still had something to offer the nation.

“If he can train with the present team and the coach finds him fit, he should be invited because I strongly believe if he can match the tempo at training and the physique, he should be able to play.

“I think Gyan has the skill because when he is running with the ball, defenders fear to come near him. He has the skills and tactics but the strength to play is the problem. If he can work on that, he will be a fantastic addition to the World Cup,” he added.