How bad do you want it? The Viviana Ruiz story. 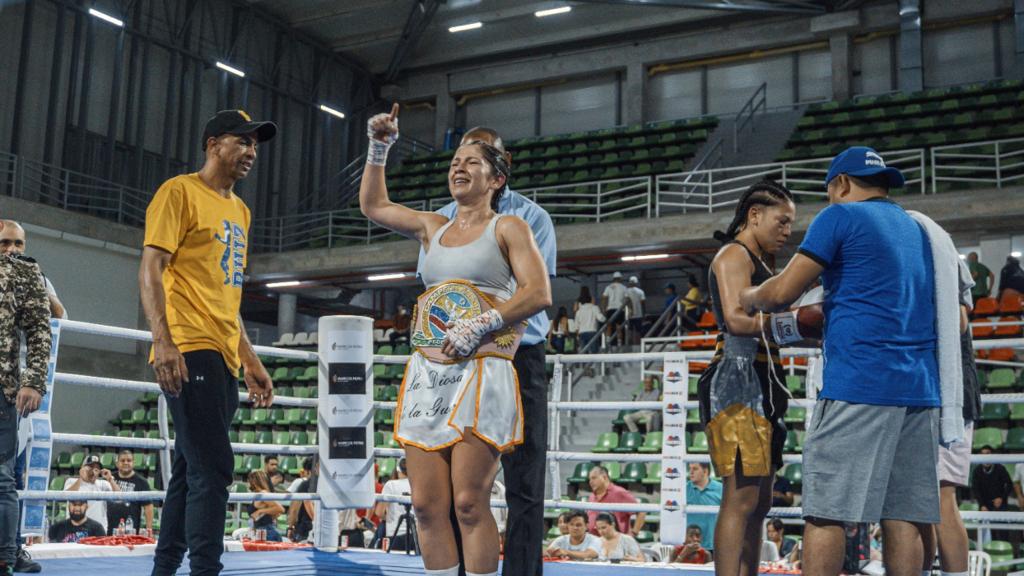 ‘Sorry darling you are way too old to start now”  “sorry love womens boxing isn’t really a thing” was the general rhetoric from the coaches speaking to Viviana Ruiz as she entered a boxing gym for the first time in her life at 32 years old.  Little did they know, this was no ordinary Woman they were speaking to, Viviana Ruiz isn’t one to listen to the doubters, in fact these words just added fuel to her fire, a fire that with just a small amount of encouragement would be turned into a raging blaze that has gone a journey most people could only dream of.

Fast forward 8 years and the Colombian born Ruiz is on the verge of a World boxing title at the age of 39 years old, her coach Ben Savva says ‘thank God she didn’t listen to the nay sayers because she wouldn’t have this great story to tell, one of highs and lows, of rejection, , discrimination and racism, robberies and much more, yet here she is living an extra ordinary life that nobody but herself really believed possible and it also proves that determination and dedication will overcome almost any adversity in life, in this story it lead to two Australian amateur titles, a gold medal representing Australia at an international tournament followed by a trip to India to fight at the World championships and now a career as a professional boxer, Viviana  should be seen as an inspiration to all those people out there who get rejected for so many reasons that could actually be overcome with the right mindset and attitude”

It’s a story that would require an entire book to really give you an idea of this crazy journey so far but today we are going to focus on the latest chapter in the career of Viviana Ruiz. Thanks to Covid and a lack of viable options for opponents in Australia, Viviana was left pondering her future in the sport, maybe the nay sayers were right, maybe it was time to think about giving up. The only problem is, this Women doesn’t have any quit in her what so ever. The hardships of life in Bogota, moving to Australia with no ability to speak English, getting down to her last few dollars before finally getting a job, trying and failing repeatedly yet refusing to give up and always finding a way to succeed has made Viviana a person who just can’t accept defeat, defeat isn’t a word in this ladies vocabulary.

Instead Viviana quit her job, borrowed money and booked her flight back to her homeland where fights were more frequent and competition was fierce.

Living in the spare room of your mums tiny apartment at 39 yeard old isn’t something most would think is an appealing option but that’s exactly what she did in search of more opportunities to get her career on track.

Upon arrival she found herself a gym to train at in the roughest area of Bogota, a gym where the other boxers looked at her like she must have won the lottery because she owned her own boxing gloves and headguard and after only a week in the high altitude of the Andes mountains the first fight was offered, of course Viviana said yes and the fight was locked in. no Coach, no cut man…… no problem. With her biggest fan by her side in her Mum Blanca corredor, they turned up at the venue of a nightclub to take on a local boxer having her professional debut. The first job was to find somebody to wrap her hands, second job was to run to the window to get fresh air as the show came to a halt thanks to an altercation in the crowd and somebody spraying pepper spray into the air but nothing would deter Viviana from the job at hand, not even the fact that she didn’t even have her gloves on 5 minutes before the fight or the fact that the coach who said he would corner her had stormed out of the venue due to a decision he didn’t agree with in the fight prior. After a warm up that was done via a zoom call with her coach in Australia, on the way to the ring Viviana had to ask another coach to glove her up and corner her, luckily this time it was coach Potez who would go on to help Viviana throughout her journey in Colombia.  A round and a half into the fight and Viviana was leaving the ring to the applause of her Mum who was watching her compete for the first time ever. 2 weeks in Colombia, one fight, one win, one KO.

7 days is barely enough time for most professional fighters to have come down from the high produced after a battle but as you now know, Viviana is not one to miss an opportunity, only 3 days later she found herself on a flight to Medallin because she had accepted another fight the following Saturday against another opponent in their home town on their home show. This time things went more smoothly and Viviana outboxed, out sped and ultimately outfought her opponent to secure a unanimous points victory in her second fight in seven days.

It was at this point that the boxing media started to take note, a tv appearance and articles in the local papers got the attention of the president of the Colombian boxing federation who called Viviana and offered her the opportunity to fight for her countries national title four weeks later against an undefeated and highly touted prospect.

Viviana was already wearing the belt in her mind and nothing was going to stop her from making this vision reality. Having never fought beyond four rounds, fighting for a national title over ten rounds was a huge step up. Watching the fight on a live stream back in Australia, her coach and partner Ben Savva knew after the first round that this was going to be Vivianas night again, he described this performance as the best so far of her career. The fight went the distance but there was no disputing who was going to get the decision as the score cards were read out. “The winner by unanimous decision AND NEW Colombian national champion, Viviana Ruiz!”.

Days later Viviana would see her name in the IBF World ranking for the first time. Suddenly, those that laughed and doubted were sending messaged of congratulation to Viviana and wishing her well as they could see this journey was not over yet. The last fight of this fruitful trip would be against a far more experience Venezuelan fighter who would fly to Colombia with a hugely impressive 16 wins with only 2 defeats and 9 devastating knockouts to her name. This fight would be for the World Boxing Council Latin American title.  9pm,10pm,11pm and so on, still no call to the ring for the two challengers, infact these two warriors wouldn’t enter the ring until half past one in the morning. Finally the time came, both boxers entered the tiny boxing ring that appeared to be built for a childrens party, it was literally half the size of any legal ring in Australia but this woukd only make the fight that bit more exciting as there was nowhere to move or hide for either fighter.

DING DING the first bell went and the Venezuelan fighter came flying out of the gates winning the first round on two judges scorecards, suddenly this amazing story seemed in jeapordy but Ruiz was just warming up, half way through the second round a huge over hand right from Viviana changed the flow of the fight as her opponent was sent crashing to the canvas. The brave warrior was up by the count of 7 but the look of the fight was changed and there was no way Viviana was going to allow her to find the same rhythm with which she had started the fight. Pure grit, determination, and a shocking amount of illegal blows that the referee seemed to ignore were the only things that kept her in the fight. By the time the final bell rang after ten brutal rounds and 2 more knockdowns in favour of ruiz left no doubt who was taking home the belt. Those precious words would agaoin sound out through the speakers AND THE NEW!

4 fights, 4 wins, two belts and a World ranking were the spoils of this journey.

Now Viviana is back in Australia working to save enough money to repeat this amazing trip and pondering the next steps that need to be taken that will lead her to the ultimate goal of World Title glory. Until the next chapter, enjoy folks!