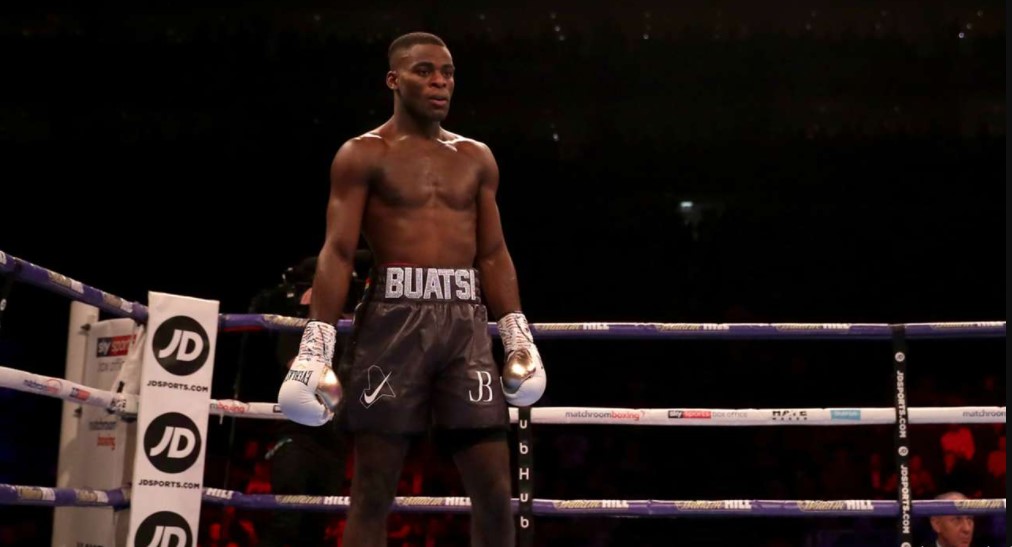 Long identified as one of the UK’s brightest boxing prospects, the British IBF light-heavyweight boxer could be a leading contender for the WBA light-heavyweight world title if he can beat Canada-based Haitian Jean Pascal.

There have been speculations over who Buatsi, 29, would fight next. With a striking record of (16-0, 13 KOs), Buatsi would become a mandatory challenger for the IBF light-heavyweight belt being held by unified champion Artur Beterbiev (18-0, 18 KOs) if he can defeat Pascal.

Buatsi fraternised with these kid boxers in James Town, Accra when he visited Ghana this year

The fight, an IBF title eliminator, is expected to take place in the UK – as confirmed by Frank Warren, who tweeted DiBella once the purse bid results had been reported.

Despite the ongoing discussions of finalising a date, platform and location for the Buatsi-Pascal fight, Buatsihas already headed to the US to train with renowned boxing coach Virgil Hunter for the next couple of months till his official announcement.

In an interview with the Graphic Online, Buatsi described having Hunter in his corner as ‘a big plus’ and said he was looking forward to bringing a world title fight to Ghana in the near future.

“I dream of taking world title fights to my homeland Ghana in the prospective future, but for now I am focused on the most important test of my career, the forthcoming world title shot.”