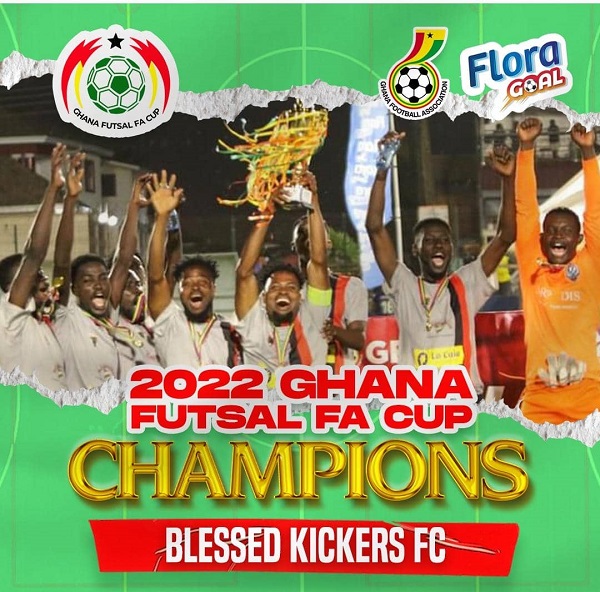 Blessed Kickers were crowned champions of the maiden Futsal FA Cup after beating Stitch in Time 7-5 in the final at the La McDan Park in Accra last Sunday.

The regional five-a-side soccer competition saw 16 clubs vying for the ultimate trophy and prizes at stake.

In the end, Blessed Kickers showed their class to overpower their stubborn opponents. They had a walkover in the quarter-final after excelling in the preliminaries of the three-day championship which began last Friday.

Blessed Kickers defeated San Siro City FC 6-4 in the semi-finals to book an uncompromising final with Stitch In Time, who also beat Adenta Youth FC 12-4 in the other semi-final match.

It was sponsored by Delta Paper Mill Limited, producers of Flora Tissues.