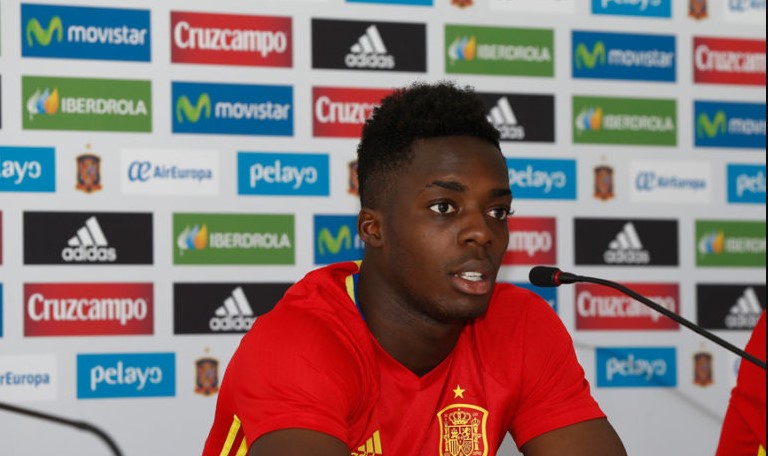 Williams, 28, first made his international debut back in 2016, playing 30 minutes in a friendly against Bosnia. He was also a regular in the Spanish youth international sides, making 17 appearances for their U-21 team and scoring three goals.

Williams was allowed to switch his allegiance per FIFA rules because the match he played was only a friendly.

After years of being courted by the Ghana Football Association, Williams in July this year confirmed that he had switched allegiances in search of “my origins within myself and with Africa and Ghana which means so much to me and my family”.

In a video released on his Twitter account Williams said: “Every step we take forward has its own meaning. An evolution. A glance into the future which leaves a trace itself. A legacy. My parents have raised me with values based on humility, respect and love.

“They have taught me to embrace life. In that constant quest to continue growing and working upon the pursuit of evolving personally and professionally as an individual.

“That’s why I feel the moment has come for me to find my origins within myself and with Africa and Ghana which means so much to me and my family. I want to return a small part of everything it has given to us because Ghana has played a significant part of becoming who I am as a person, as a son and as a brother.”

He was handed his debut call-up today by Black Stars coach Otto Addo today for friendlies against Brazil and Nicaragua ahead of the 2022 FIFA World Cup.

Williams was born to Ghanaian parents who emigrated across the Sahara desert to reach Spain and ended up raising Inaki and his brother Nico in the Basque country.

He is one of five players who have completed nationality switched to represent Ghana ahead of the World Cup. The rest are; Tariq Lamptey, Stephan Ambrosius, Patrick Pfeffer and Ransford Yeboah.