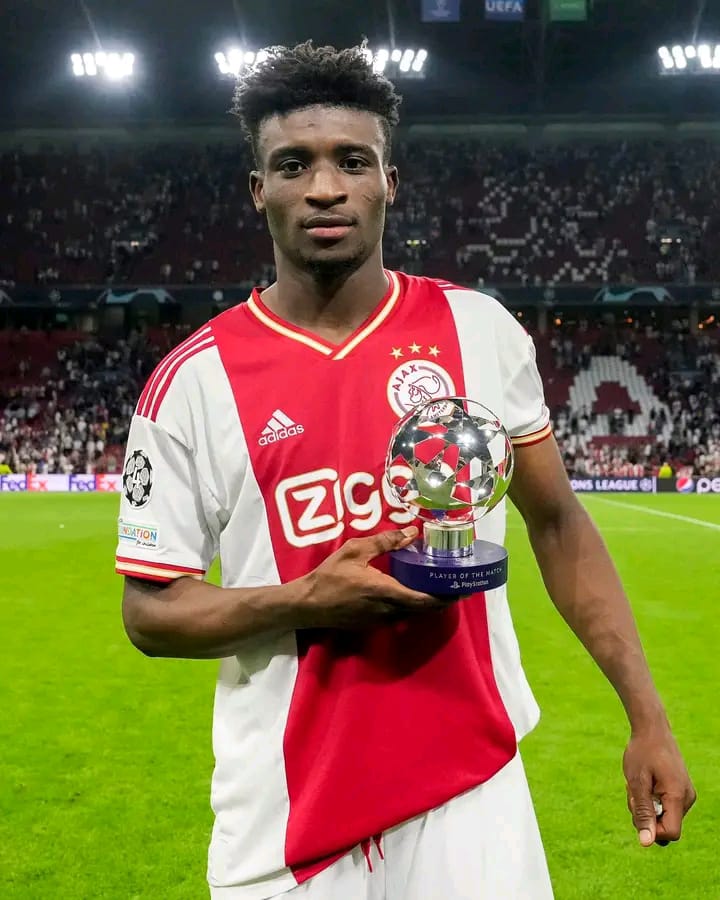 Kudus produced an intriguing performance to inspire Ajax to beat the Scottish giants 4-0 in their group stage opener at the Johan Cruijff Arena.

The 22-year-old who is making his first start of the season scored his very first goal in European competition and set up another to aid the Dutch side.

Mexico defender Edson Alvarez opened the score for Ajax in the 17th minute after heading home a corner-kick from Steven Berghuis.

Berghuis was assisted by Kudus for the second goal in the 32nd minute before the Ghana international got his name on the scoresheet with a superb finish moments later.

Substitute Steven Bergwijn rounded off the resounding victory for the Dutch champions having scored the final goal ten minutes from play.

Kudus was the eye-catcher of the night as he got the highest rating from the team from Amsterdam and was named the MVP by UEFA.

According to OptaJohan, Kudus was only the seventh player in the last 15 years to both score a goal, assist a goal and not misplace a single pass in a Champions League match, becoming the first to do it since Serge Gnabry in 2020.

The former Ghana youth star had 100% pass completion and also had 100% in dribbles attempts in the match.