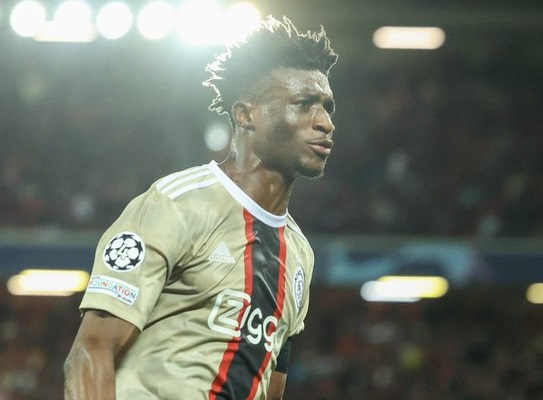 Kudus’ searing shot went in off the underside of the bar to level but Matip pounced in the 89th minute.

Daley Blind missed a great chance to put Ajax ahead late on before Matip – whose previous Champions League goal was nine years ago – rose to head the winner, which was confirmed by goal-line technology.
Ajax are surpassed by very few clubs in world football in terms of unearthing talent and the latest gem looks to be Ghana forward Kudus.

The 22-year-old forward was strongly linked with a move to Everton at the end of the transfer window but Ajax blocked the deal given they were about to lose Antony to Manchester United.

Ajax believe Kudus will make a key contribution to their season – and presumably that his value will therefore significantly increase.

They have been proved correct so far. He was outstanding in the 4-0 thrashing of Rangers in Ajax’s opening group game and his fierce finish at Anfield was a sign of the quality the powerful, skilful forward possesses.

He thumped in an emphatic equaliser off the underside of the bar after he was played in by Steven Berghuis and Steven Bergwijn.

Ajax will naturally be disappointed with the final outcome given they were minutes away from a valuable point, but they will justifiably feel they showed enough to believe they can progress from what is shaping up as a tight group.