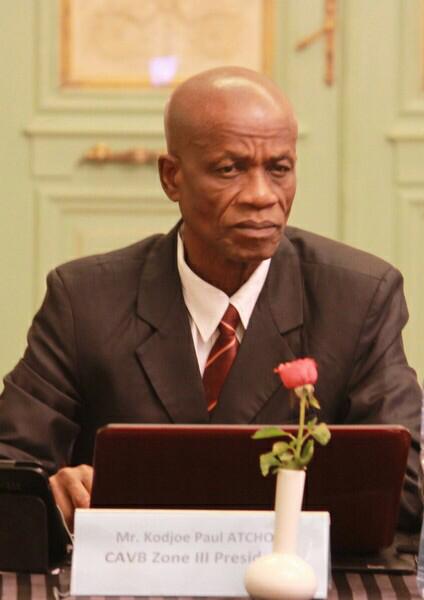 The Black Spikers will engage El-Wak Wings in a special match in memory of the late Paul Atchoe, former president of the Ghana Volleyball Association(GVA), at the volleyball court of the Accra Stadium on Saturday.

After the match, the veterans volleyball team, the Compatriots, will stage a rotational set in his honour before joining the procession to the Osu Cemetery for the burial of the late Black Spiker.

Prior to that, the body will lie in state at the Holy Spirit Cathedral at Adabraka in the early hours of Saturday for mourners to pay their last respects.

The thanksgiving service will be held at the Holy Spirit Cathedral on Sunday, followed by a gathering at his residence at Ofankor, near Confidence School Complex.

The late Paul Atchoe, a former national volleyball player and the vice-president of the Ghana Olympic Committee (GOC), passed away a month ago after a brief illness.

Before his demise, he was also the president of the Ghana Volleyball Association (GVA).