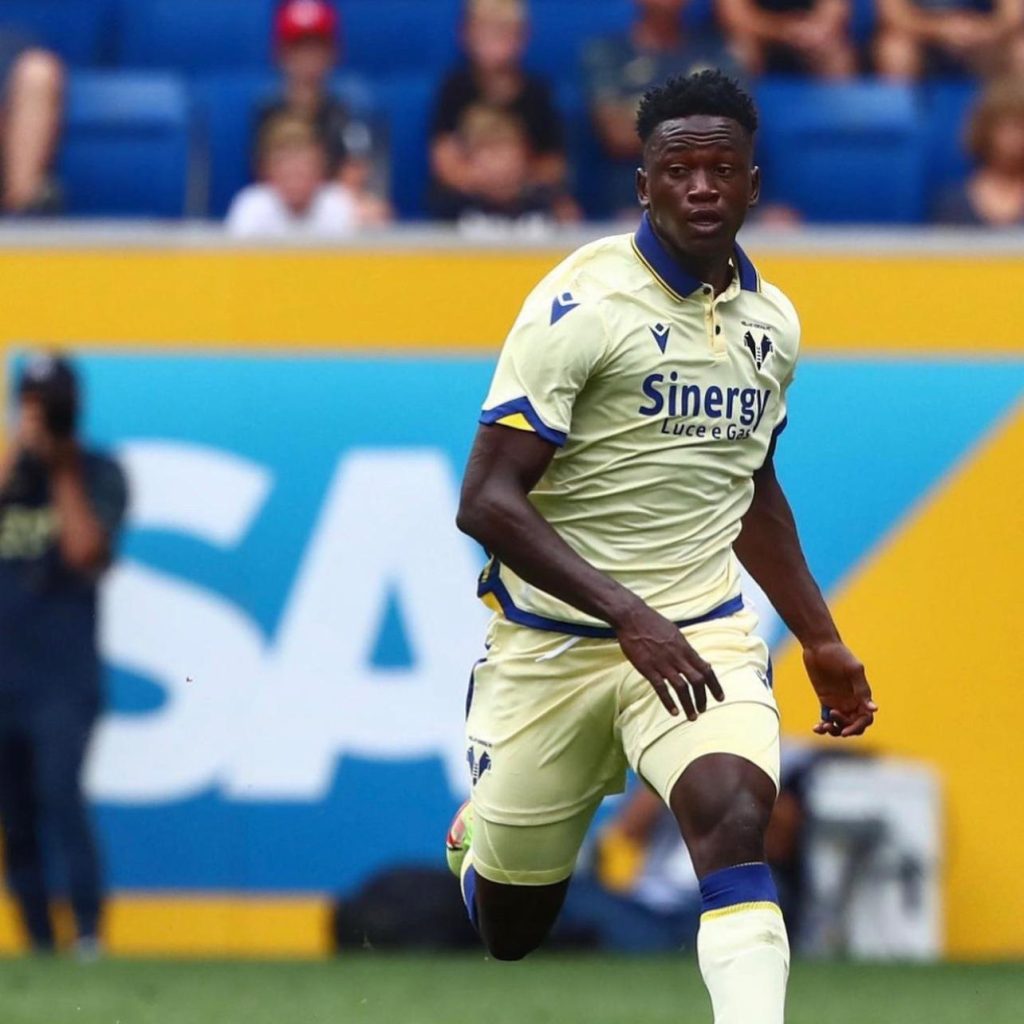 Ghanaian teenager, Ibrahim Sulemana played his first Italian Serie A match on Sunday, 9 October 2022 as a second half substitute for Hellas Verona.

The 19-year-old was introduced in the 71st minute for the experienced Miguel Veloso as Verona lost 2-1 at Salernitana.

Sulemana was been rewarded by head coach Gabriele Cioffi for all his hard work in pre-season and improvement with the Primavera side.

Last season, he enchanted former Verona coach Igor Tudor but the ex-Juventus player left for Olympique Marseille and that stalled his promotion.