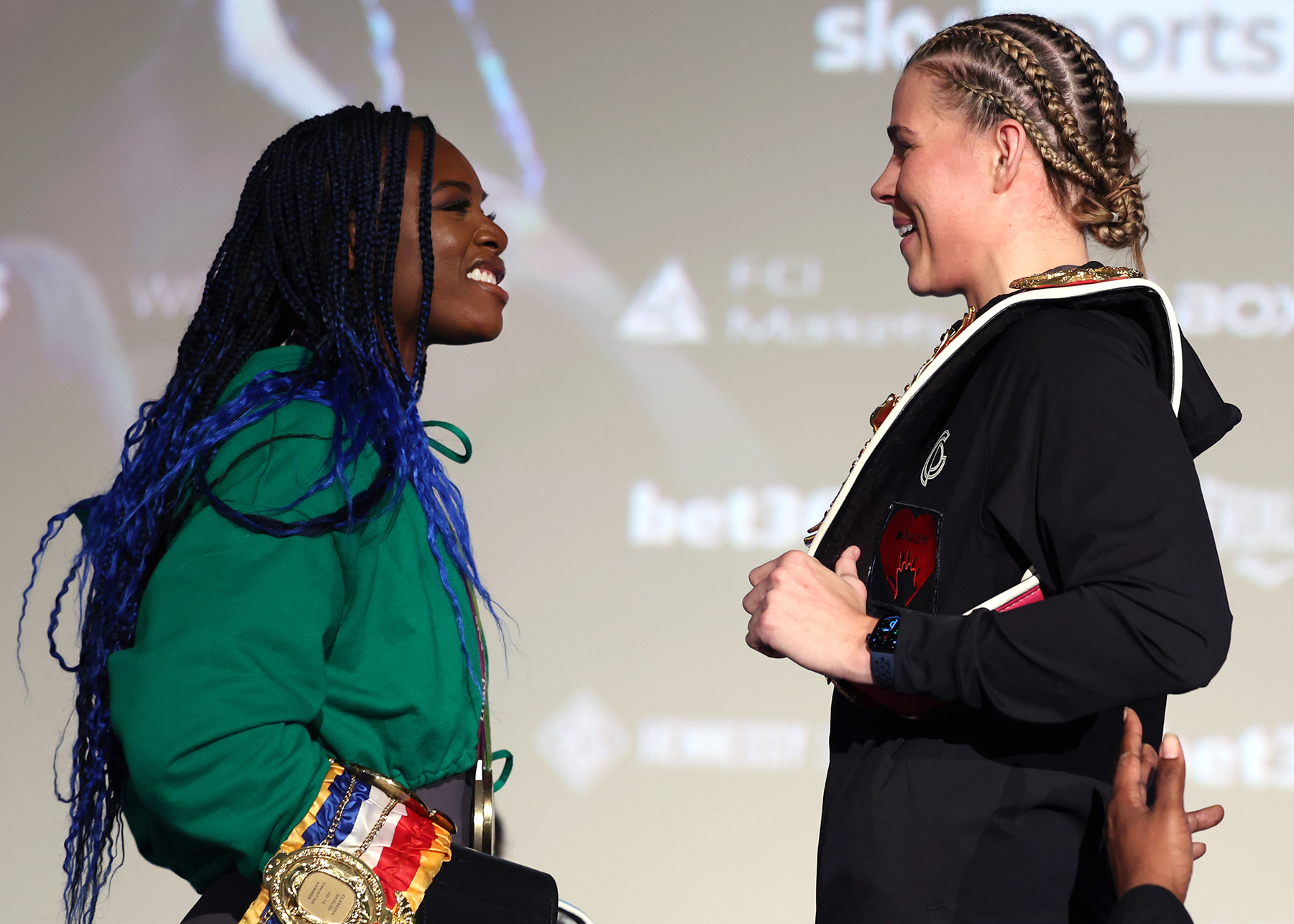 There’s unfinished business in the world of women’s boxing, and it will finally be settled in a historic doubleheader this Saturday at The O2 Arena.

This is what the fighters had to say at Thursday’s press conference.

“Of course, we’ve got to talk about her punching power. She’s going to try to come out there and land a big shot. She may want to fight on the inside or on the outside. But she just wants to be able to touch me and land. That’s really all I see. But it’s a boxing match. I may get hit in there, but if she thinks she won’t get hit, then she’s mistaken. If she thinks she is a better boxer than me, she’s mistaken. But we’re going to let her think whatever she wants to think and do whatever she wants to do because I’m going to adapt and do whatever I have to do to win and make the fight easy.”

“I think she will come up short. I believe I’m a better boxer than Claressa. I believe I have always been. I cannot wait. Saturday couldn’t come quick enough. We had a 12-week camp and a five-week pushback. I’m just itching to get in there now.”

“There’s nothing left to say. I can’t wait for Saturday. Let’s get it on.”

“This is huge for me. I’ve said that I wanted to become undisputed. There’s a reason why I’ve called out Alycia and why I’ve called out all the champions. I think that I have been pushing for the biggest fights possible. But honestly, I don’t think you could have put a card like this five years ago. It’s really shown how far women’s boxing has come.”

“Everything has been very strategic. That’s how I’ve been trained by Coach Al. We go in there with a cool head and execute what we’ve been working on in the gym. He hates all this. He’s sitting here shaking his head at this whole thing. He wants to get to the gym. We have to go to the gym after this, and that’s what he’s focused on. My team keeps me cool. The keep me calm and focused on the goal.”

“I’m expecting to deliver the performance of my life. Contrary to what she’s saying, I am constantly getting better. I still don’t even feel like I’ve hit my peak. I want to put it all together in this fight. I want to embarrass her. I want to make her sound stupid because she said a lot leading up to this fight.”

“My confidence is triggered by her. As I mentioned before, everyone who has fought her has come to fight her and go back home. She has a fighter in front of her who is willing to fight her, who is telling her what it is, that I will beat her, that I will break her jaw. Whatever it is, I am in her face. She does not like it. So, this is confidence that we are dealing with. It’s not really an anger standpoint. I’m a competitor at heart. I’ve been doing this since I was an eight-year-old girl. I’m excited to be at this stage and to be in a unification fight this Saturday night.”

“There’s no respect. At the end of the day, this is the fight game. This girl is trying to beat me. I’m trying to beat here. I have great sportsmanship, but I don’t respect her. She talks too much. And when somebody talks too much, you’ve got to shut them up, and that’s what I’m going to do on Saturday night.”

“The 2012 Olympics in London did something for women’s boxing here. It was amazing. It rose way above the rest of the world. To come back here and extend that, and then bring the U.S. stars here—that’s going to elevate the whole sport globally.”

“They’re both pros, and they want to get Saturday night on. They wanted to fight. And I think they are able to communicate really well that there’s bitterness. And it’s real. And that’s what this sport is. It’s real.”