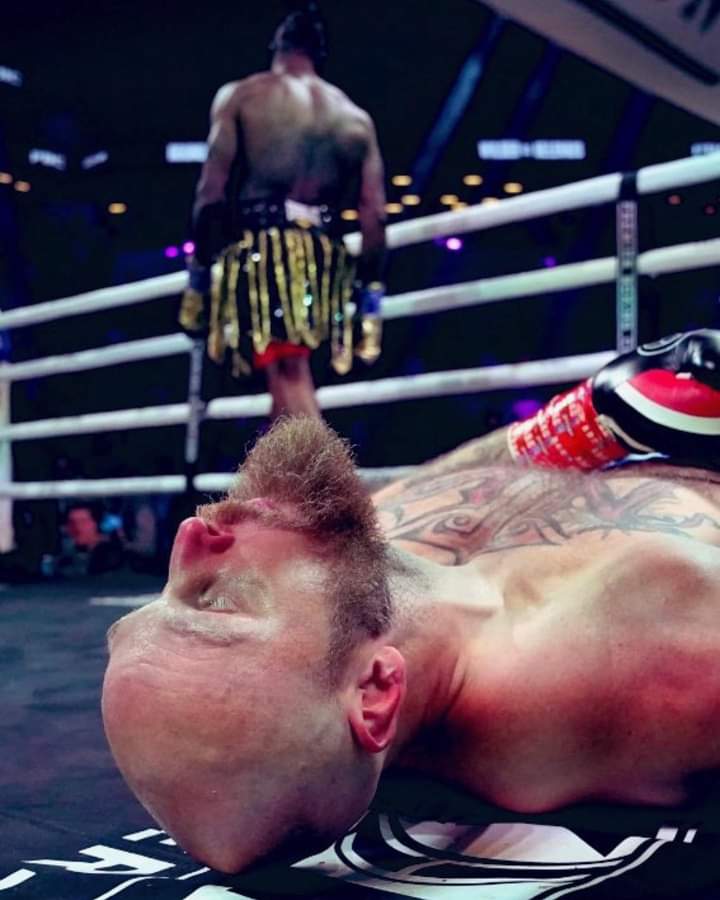 He blasted out the top-rated Robert Helenius in the first round of their WBC heavyweight title eliminator.

How many punches did it take Deontay Wilder to win?

“The Nordic Nightmare” was taken care of in 177 seconds and with only the third thrown punch of the fight by the American.

Wilder vs Helenius headlined a FOX Sports PBC Pay-Per-View from Barclays Center in Brooklyn on October 15.

In his first fight since an epic trilogy with Tyson Fury, Wilder stepped into the ring after a year. He quickly reminded the world why he’s one of the most feared punchers in boxing history.

“I set him up,” said Wilder. “I allowed him to reach. When he reached, I attacked,” said Wilder, adding a little sarcasm to the mix with his following statement, “It was a great fight.

“It’s been a good camp for me. We worked to make this fun for me. But we work at this so much that it can just become a job.

“We made it fun again. We put in over 700 rounds. It paid off tonight big time.”

Headlining at Barclays Center for the fifth time in his career, Wilder added yet another devastating highlight to his resume at the arena in Brooklyn and credited the fight’s setting for adding inspiration to his triumph.

“It’s just amazing to be back in Brooklyn,” said Wilder. “It’s like a second home to me. It feels so good to be back.

“When I got off the plane, I felt great energy and love. That’s all I needed.”

Short right hand or half a punch

After a mostly cautious first round, Wilder only landed three punches, according to CompuBox.

Wilder caught a lunging Helenius with a short right hand that has ended the nights of numerous heavyweights over the last decade plus.

Referee Mike Griffin quickly halted the action 2:57 into the round as Wilder turned his attention toward a second reign as heavyweight world champion.

“I’ve been hearing rumors about (unified heavyweight champion) Oleksandr Usyk, but he’s not here, is he?” expressed Wilder.

“When guys see these knockouts, they turn the corner away from me. I’m ready for whatever.

“Whether it’s Andy Ruiz Jr. or Usyk, I’m ready. Deontay Wilder is back. The excitement in the heavyweight division is back.”

One of the best heavyweights in the world, Wilder put back-to-back defeats against Tyson Fury behind him. “The Gypsy King” could be back in his sights if he wins a final eliminator against Ruiz.

Despite calling out Anthony Joshua, Tuscaloosa’s finest is lined up by Premier Boxing Champions promoter Al Haymon to fight Ruiz in Las Vegas next year.

The clash could happen as early as February and will see the hardest puncher on the planet potentially become the mandatory challenger for the WBC title.