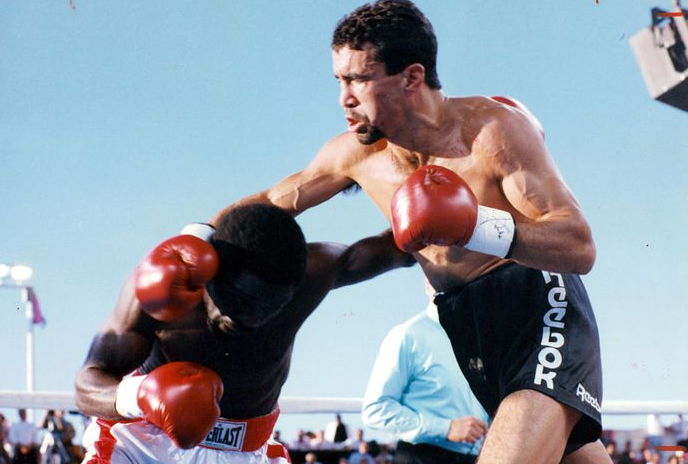 Australian boxing legend Jeff Fenech has been retroactively awarded a fourth world title, righting one of the great wrongs in the sport’s history.

At the World Boxing Council convention on Tuesday, Fenech was awarded the WBC super-featherweight belt, 30 years after he first fought for it.

“All the ring officials from all over the world score the bout in favour of Jeff Fenech,” attendees in Acapulco, Mexico were told.

“The WBC board of governors approve the motion to crown Jeff Fenech to become a four-time world champion.”

Fenech with some boxing legends at the WBC Convention

A host of boxing legends including Roberto Duran, Julio César Chávez and Miguel Cotto were on hand to congratulate the 58-year-old.

Fenech was infamously robbed of victory when he faced Ghanaian great Nelson for the WBC super-featherweight title in Las Vegas in 1991.

Most observers felt Fenech had won the majority of the rounds and would be given the nod, but it wasn’t to be.

One judge scored the bout a draw, while the other two were split evenly, one card in Fenech’s favour and the other for Nelson, seeing the fight end as a split draw.

After the decision was read out, Fenech’s disappointment and disgust were apparent.

Fenech then suffered a heart-breaking eighth-round stoppage defeat when the pair met in Melbourne nine months later, the first loss of his decorated career.

“The Marrickville Mauler” had already won titles at bantamweight, super-bantamweight and featherweight prior to the first Nelson bout, but he wouldn’t be able to secure a fourth world championship strap.

Fenech now has that super-featherweight belt to complete the collection, adding to a career which already had him considered among Australia’s greatest ever boxers.