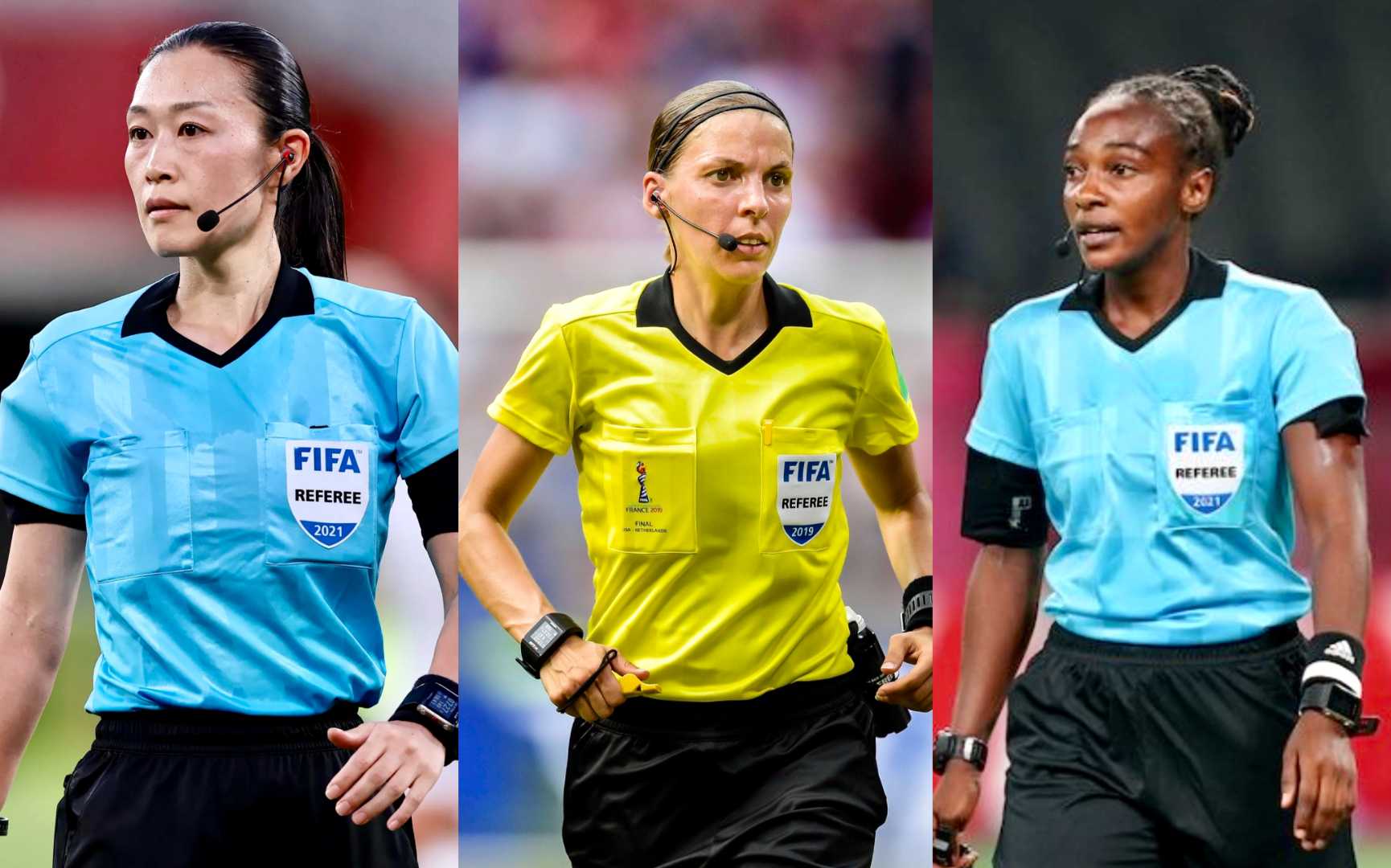 The FIFA World Cup in Qatar is set to witness a significant milestone for women referees. In May, the world football governing body, FIFA, selected three women referees and three women assistant referees for the first time in the history of the men’s tournament.

French Stephanie Frappart, Rwandan Salima Mukansanga and Japanese Yoshimi Yamashita are the first three female referees called up to officiate in the tournament, while the trio of assistant referees are Mexican Karen Diaz Medina, Brazilian Neuza Back and American Kathryn Nesbitt.

Legendary referee Pierluigi Collina, who is now chairman of the FIFA Referees Committee, said: “This concludes a long process that began several years ago with the deployment of female referees at FIFA men’s junior and senior tournaments.

“In this way, we clearly emphasise that it is quality that counts for us and not gender.

“I would hope that in the future, the selection of elite women’s match officials for important men’s competitions will be perceived as something normal and no longer as sensational.

“They deserve to be at the FIFA World Cup because they constantly perform at a really high level, and that’s the important factor for us,” Collina said.

The six women are part of 129 officials who will be officiating in the biggest football tournament, in one guise or another. Among those named are 36 referees, 69 assistants and 24 who will be in charge of VAR.

STEPHANIE FRAPPART
Born in 1983, Frappart is a French football referee who’s been on the FIFA International Referees List since 2009, she has officiated several high-profile matches like the 2019 FIFA Women’s World Cup Final and the 2019 UEFA Super Cup.

Frappart said: “I am really touched, because I did not expect that. Nothing is higher than the World Cup.” She continued: “It is no longer about your gender… it is about your abilities.”

Rwandan referee Salima Mukansanga poses during Group B Africa Cup of Nations (CAN) 2021 football match between Zimbabwe and Guinea at Stade Ahmadou Ahidjo in Yaounde on January 18, 2022. (Photo by Kenzo Tribouillard/AFP via Getty Images)

SALIMA MUKANSANGA
Born in 1988, Mukansanga is a Rwandan referee on the FIFA International Referees list since 2012. She officiated at the 2019 FIFA Women’s World Cup in France. In 2022, the 33-year-old Rwandan has been groundbreaking in Africa, becoming the first woman to referee a game in the African Cup of Nations in Cameroon. She officiated at the Tokyo 2020 Olympics, CAF Women’s Champions League. She will be the youngest referee to officiate in Qatar 2022.

According to Rwanda’s New Times, Mukansanga, who was raised in Rusizi District, West Province, has a bachelor’s degree in Nursing and Midwifery from the University of Gitwe, located in Rwanda’s South Province, Ruhango District.

Her aspiration was to become a basketball player, but it was never to be because she lacked a lot of basic needs including basketball facilities.

However, she turned her focus to football, and during her final year in secondary school, she officiated in a school tournament final game and there she started her football refereeing career.

“I liked basketball, and wanted to take it very seriously, but access to basketball facilities and coaches was hard. That’s how I ended up refereeing, which I have also never regretted. I love it,” Mukansanga told New Times during an interview in 2019.

She then rose to prominence as a CAF-licensed referee. She started officiating in matches across all of Africa first as assistant referee then as centre referee.

YOSHIMI YAMASHITA
Born in 1986, Yoshimi Yamashita from Japan also refereed in the AFC Champions League earlier this year, becoming the first female referee to officiate a game in both the men’s AFC Champions League and the J1 League, taking charge of Melbourne City’s 2–1 win over Chunnam Dragons.

She was an official at the 2019 FIFA Women’s World Cup in France. She also refereed at the 2020 Summer Olympics, in the match between the United States and Sweden.

The 36-year-old Japanese referee, Yamashita, expressed great happiness in having this opportunity that she never imagined she would have one day and said in a statement, published on the FIFA website: “I will do everything in my power to ensure the aesthetic of football. I’m not interested in power or control.”