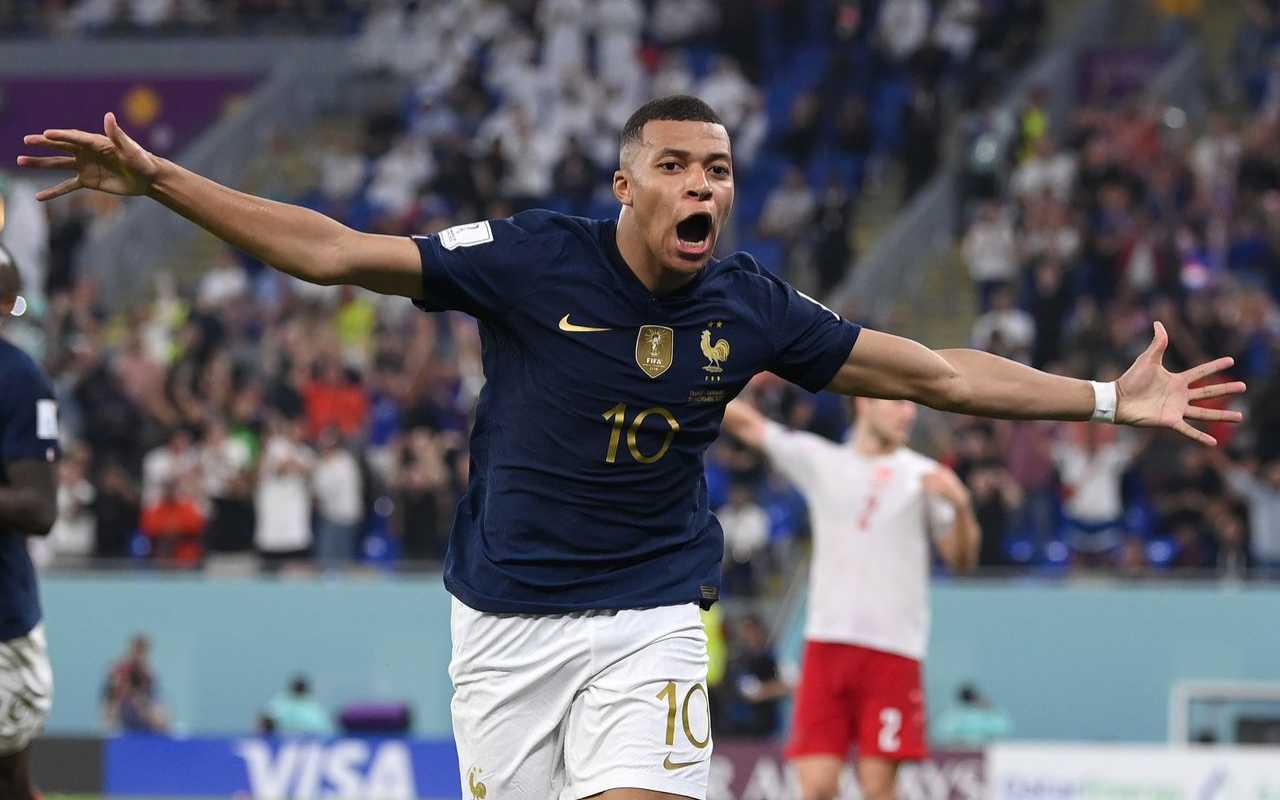 Four years ago, on their way to glory, Les Bleus were held goalless by Denmark in a drab group match. This time it was different. Two class teams jousted entertainingly for ascendancy in Stadium 974 and Group D. France were deserved winners while Denmark teeter on the brink of elimination.

The first half saw France quicksilver in attack with Ousmane Dembele a danger on the right wing, Mbappe lurking threateningly on the left and Antoine Griezmann floating into space in midfield. But their individual talents never quite added up to a round number.

Frustration spurred France to raise the tempo after the interval.

First Mbappe accelerated forward and unleashed a rocket which Schmeichel found too hot to handle and pushed wide for a corner. But Mbappe was not to be denied. In the 61st minute, he exchanged passes with Theo Hernandez and shot across the goalkeeper and inside the far post.

The Danes now played their best football of the night and might even have taken the lead. Lloris made a superb close-range save from Jesper Lindstrom before fellow Danish substitute Martin Braithwaite clipped the outside of a post.

Punishment for wasting those chances arrived in the 83rd minute. Newly-arrived French substitute Kingsley Coman created havoc on the right to create time and space for Griezmann to cross to the far post where Mbappe pounced.

Denmark can still qualify but must beat an Australian side who are second in the group after defeating Tunisia 1-0. Match-winner Mitchell Duke dedicated his decisive goal to his son and celebrated by making the shape of the initial ‘J’ to the TV cameras.

In Group C Argentina breathed a massive sigh of relief after recovering from the opening defeat by Saudi Arabia to defeat Mexico 2-0 with second-half goals from the inevitable Leo and Enzo Fernandez.

Messi & Co, to ensure qualification for the round of 16, must beat Poland in their final game. Poland are top of the table after a 2-0 victory over Saudi Arabia. Robert Lewandowski, the current FIFA Best Player of the Year, scored his first goal in the World Cup at fourth attempt.

Lewandowski now has 77 goals for Poland, the same number of international goals achieved by Pele.