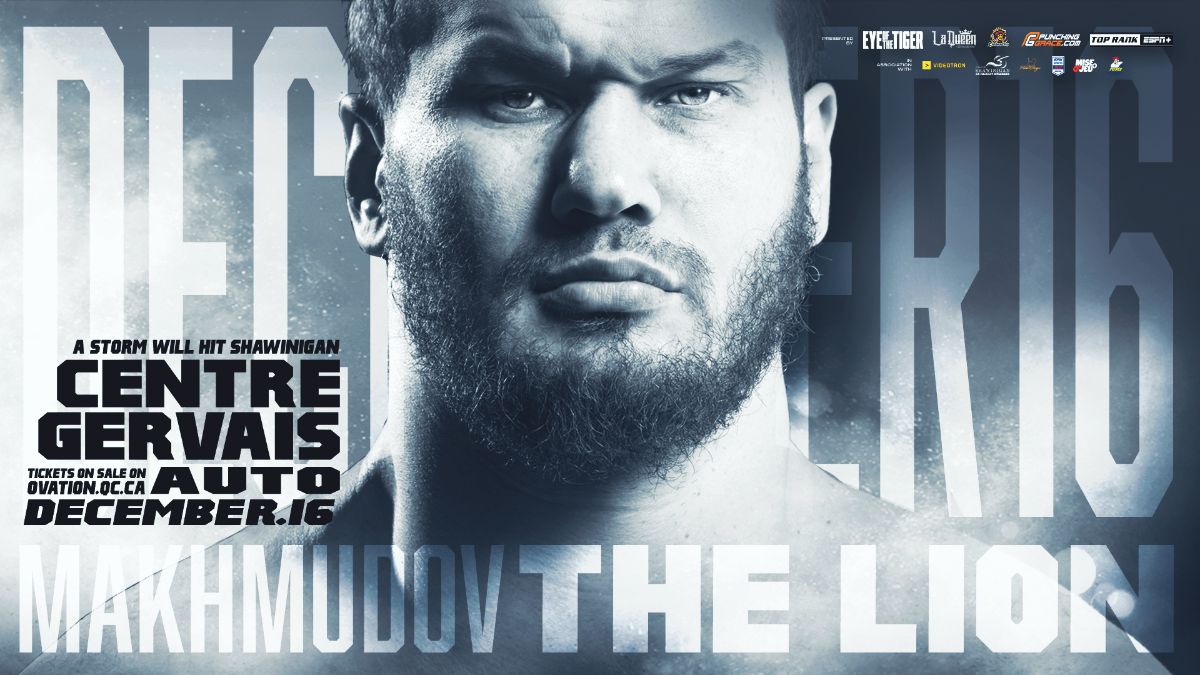 Two international fight cards will stream live and exclusively this weekend in the U.S. on ESPN+. The fight action starts Friday, as undefeated heavyweight wrecking ball Arslanbek Makhmudov defends his NABF and NABA straps against Germany’s Michael Wallisch in the 10-round main event from Centre Gervais Auto in Shawinigan, Quebec, Canada.

The Russian-born Makhmudov (15-0, 14 KOs) has been based in Montreal since beginning his professional journey in December 2017. The 6’5, 260-plus pound behemoth knocked out his first 14 opponents, including 12 in three rounds or less. Makhmudov, who is promoted by Eye of the Tiger and Top Rank, opened his 2022 campaign with February’s sixth-round knockout over former world title challenger Mariusz Wach.

In September, he was taken the distance by another former world title challenger, Carlos Takam, after hurting Takam in the opening round.

Wallisch (23-5, 16 KOs) has fought the likes of Joe Joyce, Efe Ajagba and Tony Yoka throughout a pro career that has spanned more than 12 years. He scored a second-round stoppage over Toni Thes in May.

In other streaming action from Shawnigan:

In March, he knocked out former world title challenger Nadjib Mohammedi in five rounds, and less than six months later, he iced DeAndre Ware in the second round.

Mbilli returns home for the first time since 2019 and is expected to be tested by Alexander (17-6-1, 10 KOs), a St. Louis native who is 2-0-1 in his last three fights. Alexander has only one stoppage defeat and a pair of victories over undefeated prospects since resuming his career in 2016.

Micallef signed with Top Rank prior to his pro debut last year and is currently the only active boxer from the Principality of Monaco.

In other streaming action from Nantes: