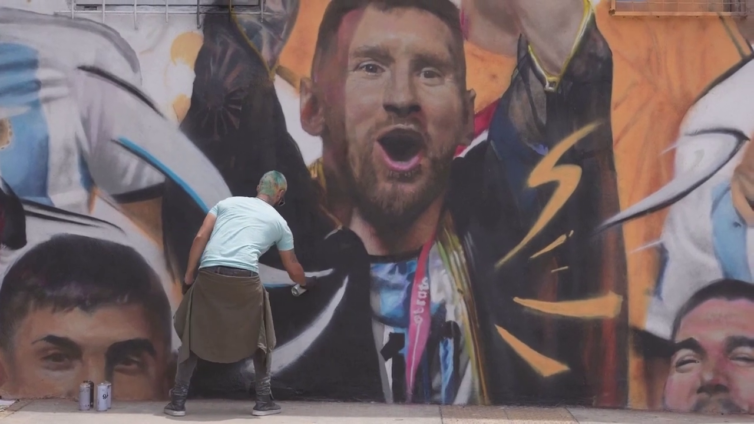 Argentina forward, Lionel Messi’s iconic World Cup victory has been immortalized on a mural in Buenos Aires, the capital and primate city of Argentina.

The La Abiceleste of Argentina trashed Les Bleus of France in a 4-2 penalty shootout in the final showpiece of the Qatar 2022 World Cup in Doha’s Lusail Stadium to claim the trophy.

The Paris Saint-Germain forward rubbed his hands together in glorious anticipation of his crowning glory, donning the traditional Arab robe known as a bisht, before finally lifting the World Cup.

Prior to the World Cup win by the footballing icon, Argentine artist, Maximiliano Bagnasco made a mural work to celebrate him and the national team. He said he wanted to be the first to paint the team captain hoisting the trophy.

“Days before the game (World Cup final), I had been talking about getting a wall, and I had been preparing the materials, so this last Sunday, I simply went to watch the game and waited for the image.

“I went out, celebrated a bit and then went back to work on the image, and the next day I was preparing the whole equipment to win the cup with this mural”.