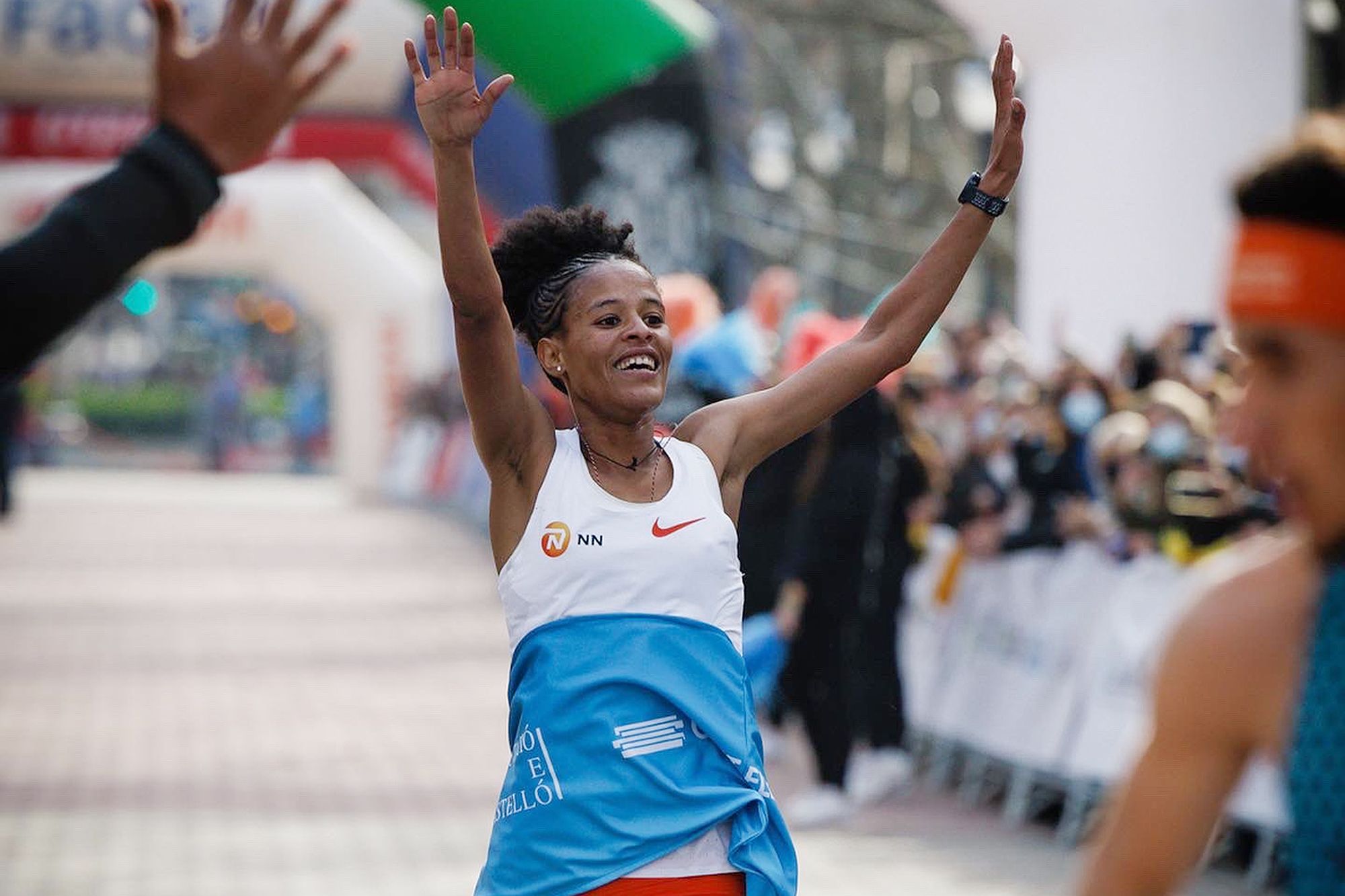 The world 10km record of 29:14 set by Yalemzerf Yehualaw in Castellon on 27 February has been ratified.

The world U20 marks by Erriyon Knighton in the 200m and Ackera Nugent in the 60m hurdles are also now officially in the record books, as is the world 50km record set by Stephen Mokoka.

In Castellon, Yehualaw became the first woman in history to dip under the 29:30 and 29:20 barriers on the roads, running 29:14 to improve the ratified record of 29:43 set by Joyciline Jepkosgei in Prague on 9 September 2017 and the mark of 29:38 achieved on 3 October 2021 by Bahrain’s Kalkidan Gezahegne in Geneva.

In a race held under ideal weather conditions, and with pacing assistance from Dutch distance runner Richard Douma, Yehualaw set off at a swift pace. They covered the opening kilometre in 2:51 and by 3km, reached in 8:36, Yehualaw was on target for a sub-29-minute finish.

She went through halfway in 14:28 – one of the fastest 5km clockings in history – and was still inside 29-minute pace. The Ethiopian slowed a bit during the second half, but a final kilometre of 2:52 (and a second half of 14:46) was enough to carry her to a 29:14 finish.

“I knew I had the world record in my legs and wanted to produce a challenging performance for any athletes who may attempt the record in the near future,” she said.

Knighton achieved his world U20 200m record at the US Championships on 26 June, running 19.69 to improve on his own previous ratified record of 19.84, also set at Hayward Field in Eugene on 27 June 2021. Knighton had opened his season with a time of 19.49 in Baton Rouge, but that mark could not be ratified as a world U20 record because specific anti-doping testing requirements were not met.

Nugent, meanwhile, achieved her world U20 indoor 60m hurdles record when winning at the NCAA Indoor Championships in Fayetteville on 13 March 2021. Other performances that were faster than the previous ratified world record of 8.00 set by Klaudia Siciarz in Torun on 18 February 2017 – including Nugent’s own 7.91 earlier in 2021 – did not fulfil all the criteria for ratification. Nugent’s 7.92 does meet the criteria, so becomes the world U20 record.

In March this year, Mokoka ran 2:40:13 at the Nedbank Runified 50km in Gqeberha to improve on the inaugural world 50km record of 2:42:07 that had been set by Ethiopia’s Ketema Negasa at the same event last year.

Mokoka is now the official world 50km record-holder, although CJ Albertson clocked 2:38:43 in San Francisco on 8 October, and that performance has also been submitted for record ratification.