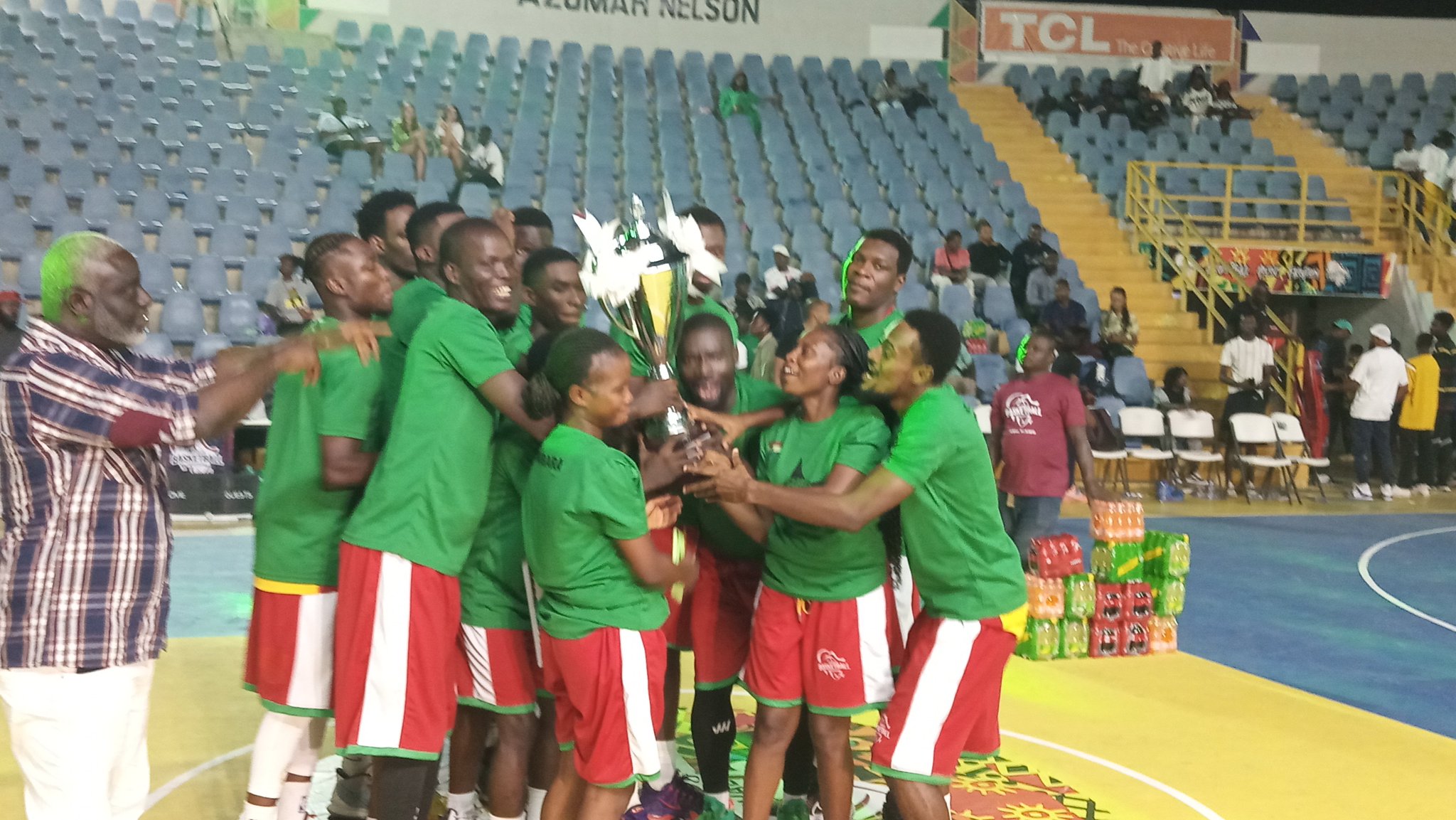 It was glitz and glamour as well as music interlaced with fashion as the 2022 Africa Basketball Festival tipped off to a resounding success Friday night at the Bukom Boxing Arena in the Ghana capital as the hosts edged their perenial ‘friendnemies’ in the main event.

Old rivalries were renewed as the select side of Ghanaian basketball players hosted their counterparts from Nigeria.

Team Nigeria sing the national anthem before proceedings get underway

The visitors led 11-9 at the end of the first quarter. However, Ghana came back strongly in the second quarter to lead 21-17.

Team Ghana did not relent as they maintained a 4 points lead (25-21) at the end of the third quarter.

With everything to fight for in the last quarter, Team Nigeria came back strongly to reduce the point gap.

Yet it was not enough as Team Ghana won 33-32 at the final whistle.

On a night that also saw last minute replacements, Ghana Immigration also defeat Team France 33-30 in the first game, fans at the Bukom Boxing Arena were also treated to musical performances led by Edem and mouthwatering fashion shows spearheaded by Elikem The Tailor among others.

Yaw Sakyi, CEO of the Rite Sports Africa organisers,  hailed the second edition of the one-day basketball extravaganza a huge success and hinted at plans to expand it next time.

“Obviously we all saw the quality of competition put up by all four teams in the two basketball games, says a lot about the talent haul available and we are delighted to have offered them the platform to showcase their skills,” Mr. Sakyi said.

“We look forward to an even bigger event next year with more fans in attendance, more entertainment and even keener competition.  The Africa Basketball Festival is here to stay,” the Rite Sports Africa chief stated.