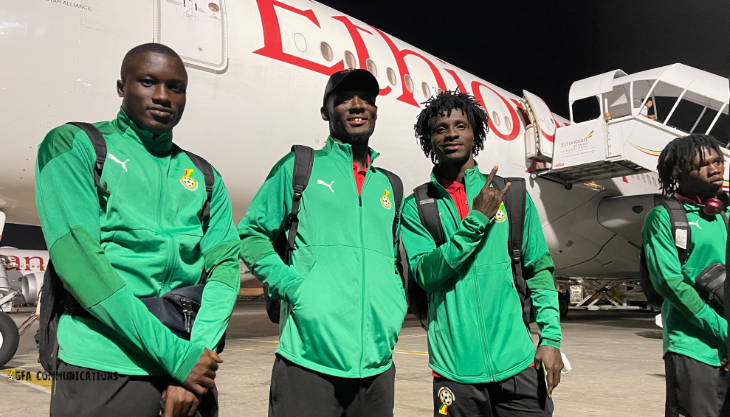 The Black Galaxies have arrived in Cairo, Egypt where they will continue preparations for  2023 TotalEnergies African Nations Championship( CHAN) tournament which will be staged in Algeria next month.

A delegation made up of 25 players, Technical staff and management members left Accra on December 24 and arrived in Cairo on December 25,2022.

Coach Annor Walker’s side have been camping at the Ghanaman Soccer Centre of Excellence in Prampram since November and will step up preparations during their 18-days stay in Cairo.

The team will play a number of friendly matches in Cairo to smooth out the rough edges before travelling to Algeria for the biennial championship which will commence on January 13.

Ghana’s Black Galaxies are in Group C alongside Madagascar, Sudan and Morocco in Group C.

The Black Galaxies who have been absent from the tournament since 2014 will announce their return in their opening match against Madagascar on January 15 in Constantine, Algeria.