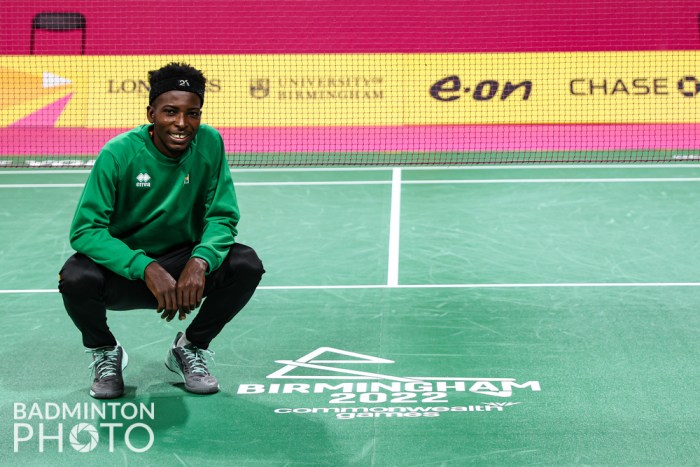 Ghana Badminton’s Champion Alphous Kelvin Evans has been named Sports Writers Association of Ghana (SWAG) 2022 Best Badminton Player Award, according to a release from the SWAG Secretariat On Christmas Eve.

During the eligibility period from December 2021 to November 2022, Alphous was almost always unstoppable, winning many laurels in Africa, including National and African Championship events.

His pinnacle across the year was his excellent performance during the 2022 Commonwealth Games in Birmingham, United Kingdom, ranking 17th globally in Men’s Double Event, 23rd in Men’s Singles Event and 17th in the Mix Doubles Event of the 72 Commonwealth Nations and States.

Alphous, having reflected on a 2017 national journey for Kelvin Evans Alphous, where he began his badminton career in his Senior Secondary School days at the Swedru School of Business led by the late Ebenezer Affaidu as his Coach. Ebenezer Affaidu was a Badminton Coach from the Shuttle Time Course in 2017/2018 under the Ghana Badminton Schools Project, educating and training potential Badminton players across the country.

In 2019, Alphous participated in national events and graduated onwards through national team selections, climbing on the part of growth towards his African Games, Commonwealth Games and Paris 2024 Olympic Qualification.

Alphous shared, “I can’t believe I am receiving this high-level award on the same stage with some of the world’s advanced players. It’s a dream come true, and I am excited about it. This will be my second award, and I am delighted that sports writers and journalists in Ghana have reckoned with my efforts and will continue to work hard to make my National Federation and Ghana proud. There is nothing compared to the national award, and it holds a special place in our sport. The International and National Games gave me my first exposure to big championships and multi-sport events. Coming from a village near Agona Swedru is a privilege, and this will inspire me to do more in my sports career.”

Alphous is also the Ghana Badminton Athletes Commission Chair, whose constitutional mandate since 2020 has been to represent and promote athletes’ views and interests at the highest level of decision in Badminton in furthering the objectives of Ghana Badminton to be the leading national federation in the country through its Strategic Plan ‘Mission 2017-2027’

The 47th MTN Sports Writers Association of Ghana (SWAG) Awards will be on the theme “Honouring Sports Excellence.” The event is slated for January 28, 2022, in Accra and will witness 25 individual awards, ten special awards, and the President’s Special Award for the Best Journalist of the Year.