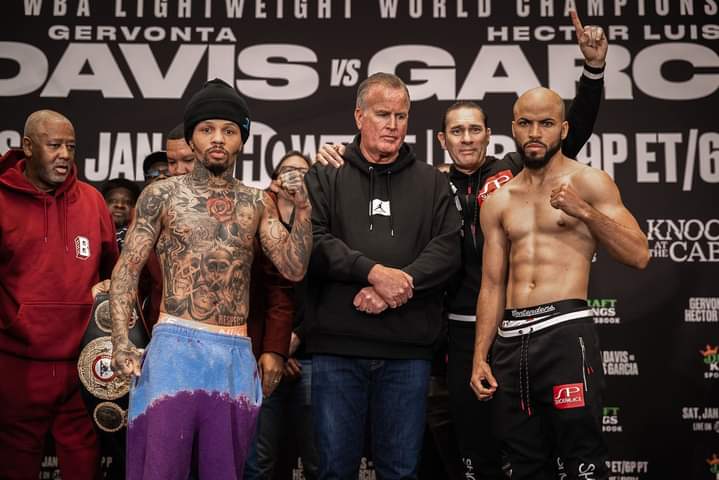 Gervonta Davis and Hector Luis Garcia on Friday made weight for their pay-per-view lightweight fight Saturday at Capital One Arena in Washington, D.C.

Both fighters came in at 134 pounds, one below the division limit.

“Tank” has agreed to face Ryan Garcia in his next fight, assuming he defeats Garcia.

Garcia (16-0, 10 KOs) is a 130-pound titleholder moving up to 135 for the first time. He had a break-out year last year, outpointing Chris Colbert and then doing the same against Roger Gutierrez to win his belt.

The rest of the card is also good to go. Quick results from the undercard weigh-ins: