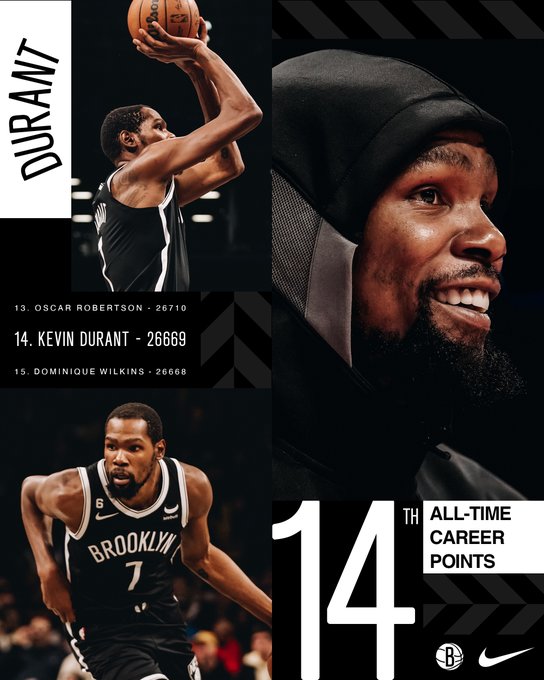 Though he ultimately exited the game against Miami with a right knee injury, Durant finished with 17 points, 5 rebounds, 2 assists, a steal and a block in 30 minutes. The Nets closed out a 102-101 victory for their 18th win in 20 games.

Durant notably ruptured his Achilles’ tendon in the 2019 NBA Finals, missed the 2019-20 season and then returned with little evidence of slowdown. Fittingly, Wilkins was one of the only previous players with an Achilles’ injury to regain most of their previous form.

With continued health, Durant should also surpass Elvin Hayes and Moses Malone this season; Carmelo Anthony and Shaquille O’Neal would be likely be overcome early in the 2023-24 campaign, leaving Durant No. 8 all-time with room to soar.