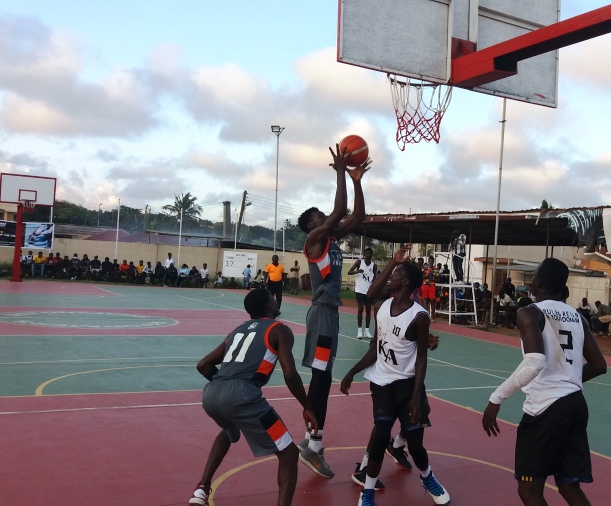 The game was one of three matchups played earlier today at the Prisons Court in Cantonments in Accra; Tudu Galaxy recorded a 60-55 win over Kaneshie Swanlakers.

Ebenezer Dowuona of TUSK converted one of two free throws to open the game. Frederick Asante added a three pointer to give Tusk a 4-0 lead; Henry Horlali and Benjamin Ashifie added more points to make the score 8-0. Asante scored another three pointer and Ashifie scored a dunk after receiving a long pass.

BSA called a timeout with 5:52 minutes remaining in the first quarter trailing 0-13. Prosper Adzinu scored a layup off a missed shot to end BSA’s drought with 3:28 minutes remaining. Karim Maina buried a jumper to end the quarter with BSA trailing 4-13

Ashifie and Horlali scored early for Tusk and Maina drained a three pointer as both struggled to score. Attoh and Kumah each scored a three pointer with both teams going to the free throw line often midway through the quarter with Coffie getting a couple of points. BSA’s Godwin Kploanyi scored on back to back drives to the basket to close the quarter with his side trailing 32-52.

Kumah hit a pair of three pointers and Horlali added a pair of his own. Coffie scored an acrobatic layup to add to Tusk’s lead. Melvin Cande went on a five point scoring run by scoring on a drive and hitting a three pointer. Ashifie slammed the ball two handed and Adzinu hit a late three pointer to close the game 44-80.