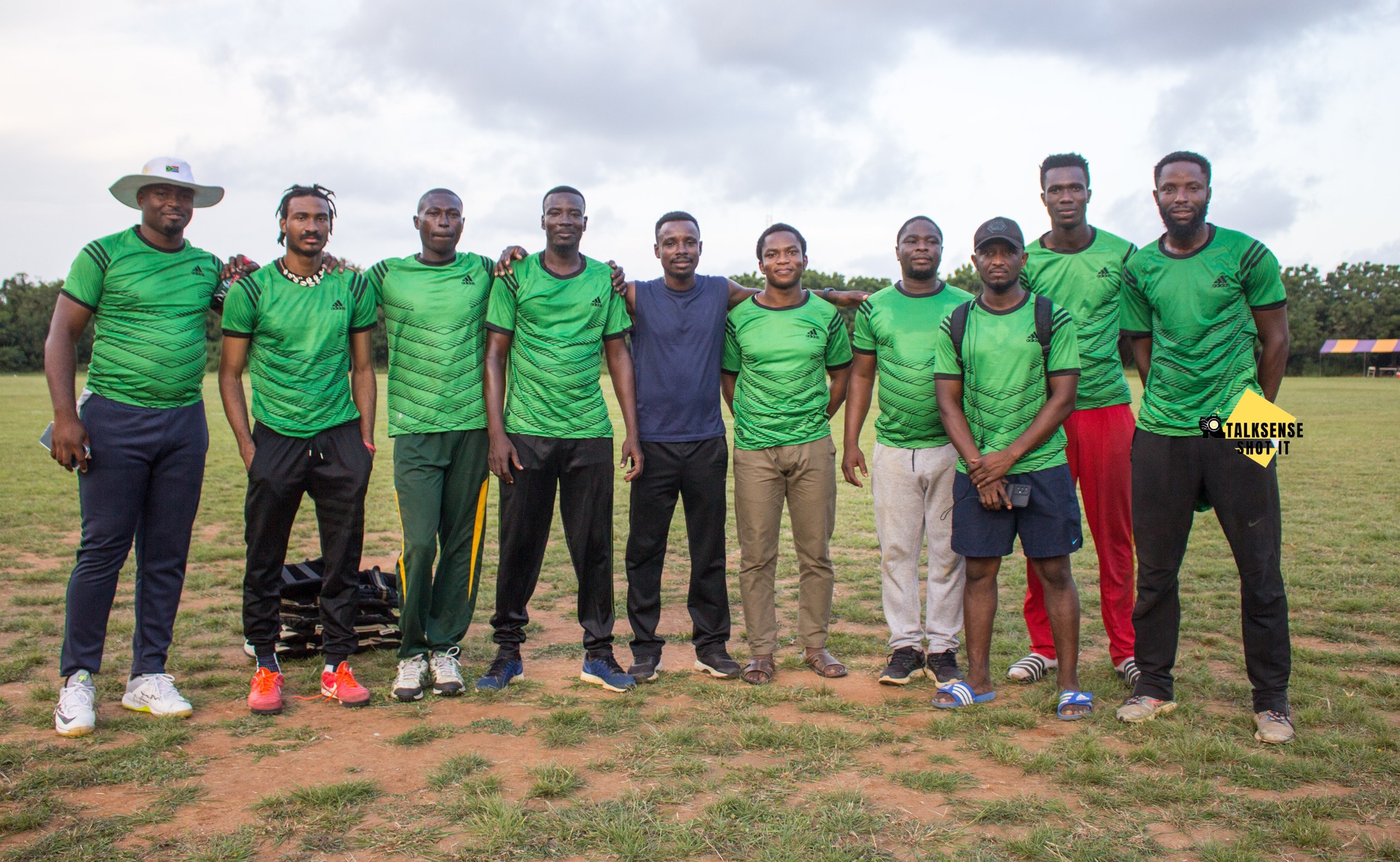 The national U-19 cricket team recorded their first victory in the New Year Invitational T20 league on Sunday, November 13, 2022 over Champions United Cricket Club at the Achimota Oval C.

The Group B duel saw the young lads climb above Champions United on the log after their 7 wickets win in the morning game.
Led by Paul Ayoleyine, the boys who lost their first outing against CSK in week 6, won toss and elected to field first and restricted Champions United to 72/9 in 15 overs.
Just on the 3rd ball, a Prince Addo delivery was caught by Ayoleyine, as Rabiul Alam tried a boundary shot. Kelvin Awala finished the first over with just 1 run for Champions United. After 15 balls, Champions United were 9/1 and not long (3.2 over) after, Lee Nyarko’s second over dismissed the 2nd wicket (Kelvin Awala).

Aziz Moin Uddin 28(37) stabilized the batting order for Champions United with some boundary 4’s and 6’s but things got worse for them when he was Caught by Ayoleyine on the 11.1 over from Emmanuel Kemevor’s delivery, as they stood at 53/3.
With 1 player retiring hurt, the U-19 lads were hopeful of a win, which came in handy.
It was Paul Ayoleyine 38(40) and Lee Nyarko 14(13) who begun the second innings, with their partnership producing 21/0, when Lee Nyarko was dismissed on the 4.5 over. Deepak Kumar had a golden duck on Elisha Frimpong to wrap up the 5th over.
The U-19 scored 73/3 in 13.1 overs and won by 7 wickets. Captain, Paul Ayoleyine won the player of the match, as the young chaps now lie 4th, tied on 2 points with Punjab (3rd) and Champions United (5th).
In group A, in the afternoon, Supreme Cricket Club exhibited their supremacy over the Hurricanes, hindering the latter from causing havoc.
Supreme chose to bat after winning toss and produced 138/8, in 1 hour 51 minutes. A scare to Supreme in the first over, when Samson Awe was caught behind, continued in the 2nd over, as Francis Dake suffered from LBW, then to 4th over, another LBW on Obed Harvey, balls from Chandrahash Yadav and Mayurkumar Vadhiya respectively.
Ayo Mene, 52(29)* from the 5th over gave Supreme an edge but retired hurt in the 7th over and returned to finish what he started in the 11th over.

It was time to restrict and for the 1 hour, 27 minutes, Supreme was able to keep the Hurricanes at 109/9 to win by 29 runs.
Dinesh Kotian 25(33) also retired hurt from the first ball Awudu Dramani bowled but returned quickly to continue. Unlike Supreme, Hurricanes kept their wickets and were slowly working towards their target with 30/2 in 6 overs.
A lot happened from then and with 30 balls to go, Hurricanes were 77/6, needing 62 runs to win. Hurricanes managed to score 32 runs more to end the innings, losing 7 wickets more.
Ayo Mene was named Player of the Match. David Awala was good in the bowling figures, with 3.0-0-18-3.
Supreme, are also now 3rd with 4 points, tied with leaders, Defenders and 2nd placed BGC. MMG comes 4th with 3 points, Hurricanes follow with 2 points, before Karizma and Ras Binghi.

You wouldn’t want to miss the week 9 fixtures, as Defenders will lock horns against Karizma in Group A, while Salt and Pepper plays CSK in a Group B encounter in the second game.